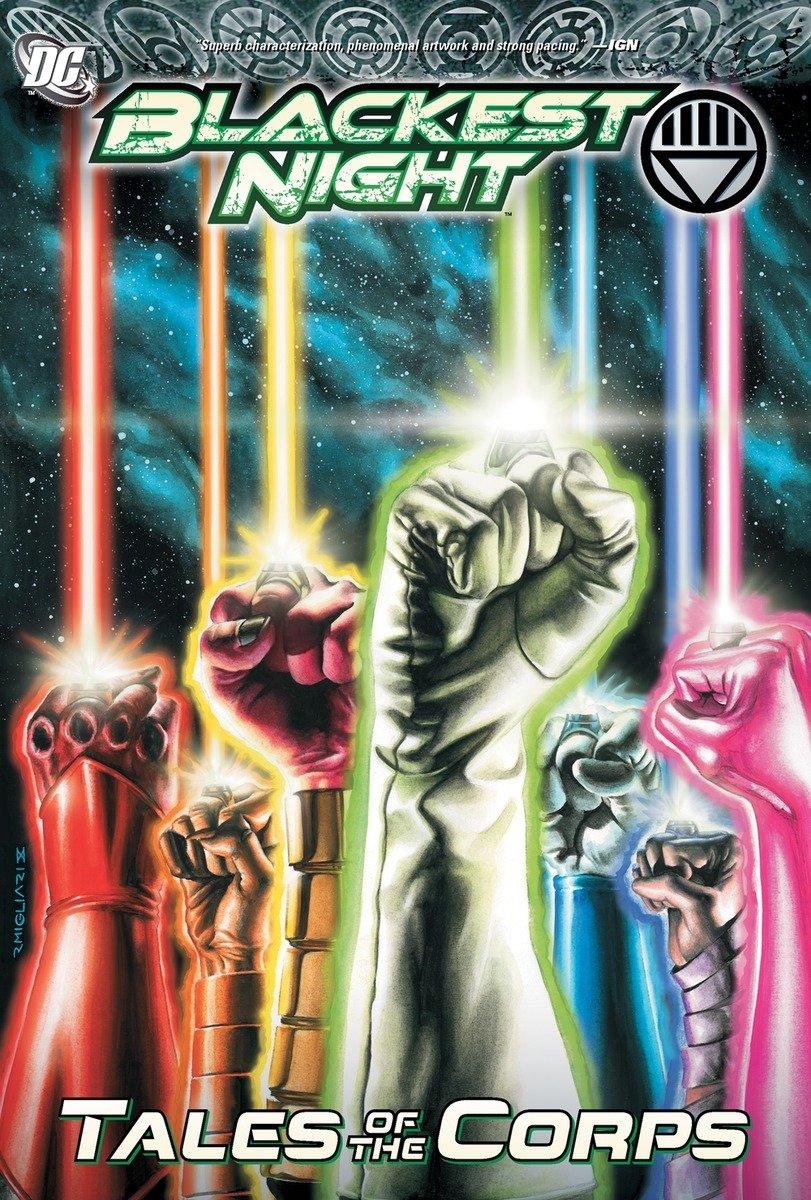 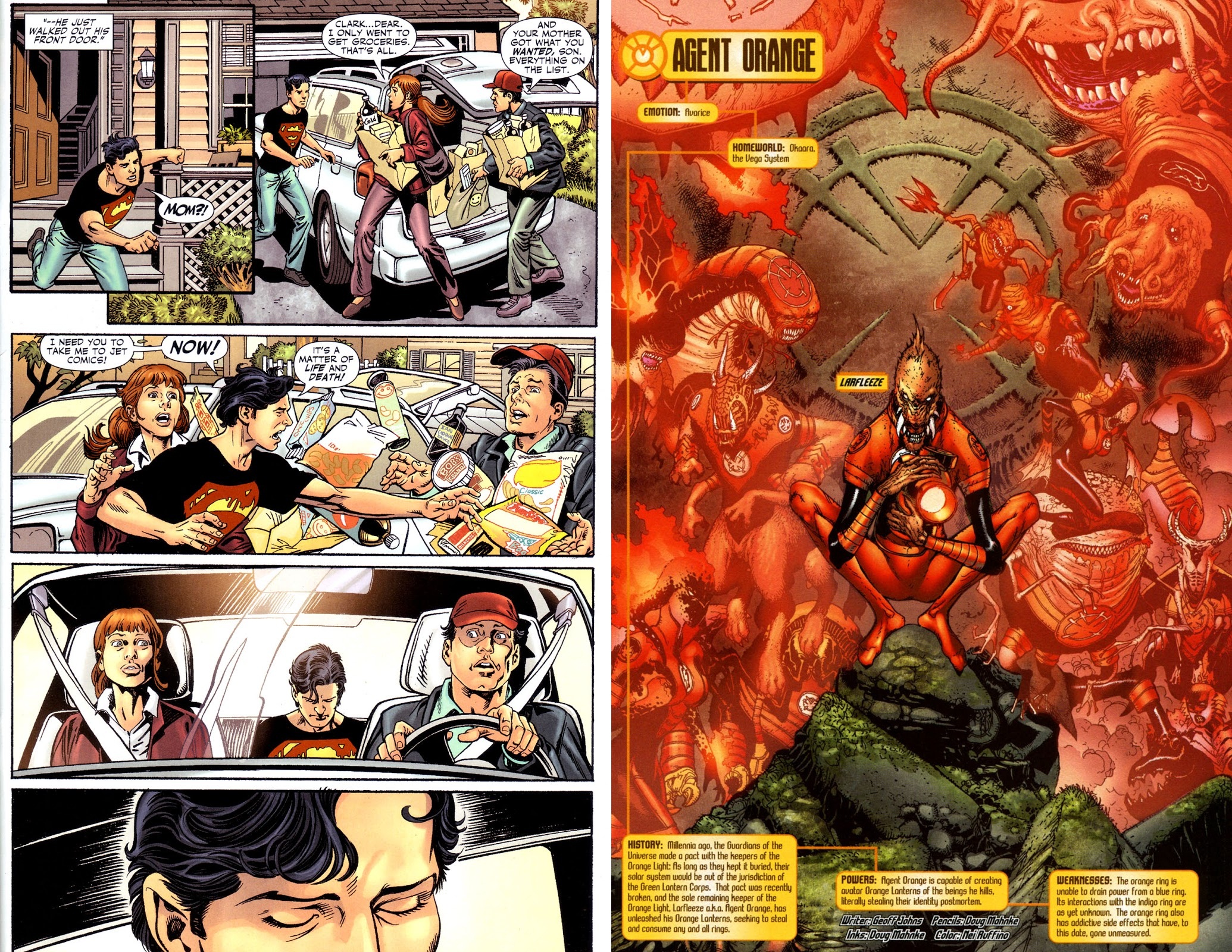 This is a chocolate box assortment of short stories connected by the Blackest Night theme, only a Superboy story extending beyond a dozen pages. That Superboy tale is an exception, but they’re largely a collection of smaller moments in the vast canvas of dead heroes, friends and villains coming to life in the service of the demon Neron. Writers Geoff Johns, Peter J. Tomasi and Sterling Gates switch their focus around the assorted shades of ring bearers John introduced in his Green Lantern run.

Johns has a hand in most stories, and these mainly show how characters become what they are during Blackest Night (Bleez, Saint Walker) or reconfigures what we already know (Star Sapphire). Because Johns is among the best superhero writers of his era, there’s nothing without some neat touch or enlightening character moment, although equally there’s nothing entirely compelling. Sometimes a story swings too close to satire, one being Tomasi’s presentation of a novice Kilowog undergoing the training he’d later provide others. That he has a different personality to what experience would later develop is understandable, but the contrast required greater subtlety. Johns is responsible for Black Hand’s florid text ramblings in ‘The Book of the Black’, reconfiguring the past of the standard Green Lantern villain to fit what he’s become. Saint Walker’s test of faith contrasts this by using similar themes to far better effect.

The Superboy we see is the one from Earth Prime, formerly the driving force behind Infinite Crisis, and Johns with Gates are responsible for a very self-referential story, mind-boggling in how it toys with different realities and very nicely drawn by Jerry Ordway. It’s extremely overwrought, with the writers almost treating their star as a figure of ridicule. Dialogue screamed out along the lines of “You don’t care what happens in my life. I’m going to feed you your own tongues” or “I wanted to be heard, but you never listened to me” doesn’t build a character to sympathise with.

If there are reservations about some of the stories, they don’t apply to the art. Eddy Barrows, Gene Ha, Doug Mahnke, Tom Mandrake, Mike Mayhew, Rags Morales, Jerry Ordway, and Chris Samnee all have a baseline professionalism, and in some cases there’s a lot more, with Mahnke’s well composed portraits of the different ring bearers separating chapters. Samnee’s not yet the artist he’d become. He’s competent without standing out as his design talents have yet to flourish.

Blackest Night: Tales of the Corps is a graphic novel aimed more at those already wrapped up in the worlds of the assorted Lanterns, and any casual readers could find it expecting too much prior knowledge and miss some of the subtle touches. 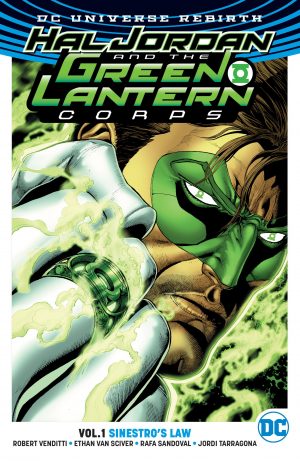 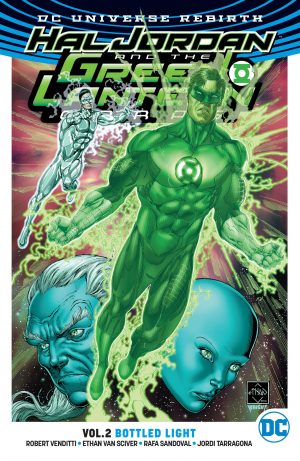 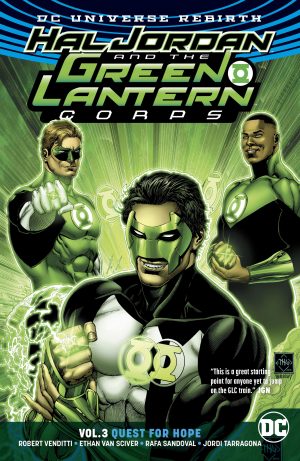 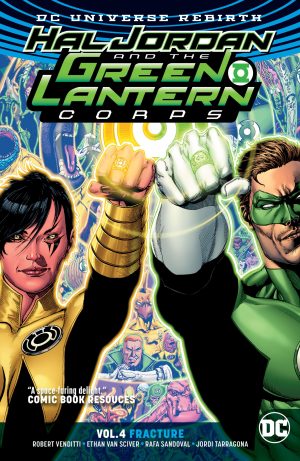