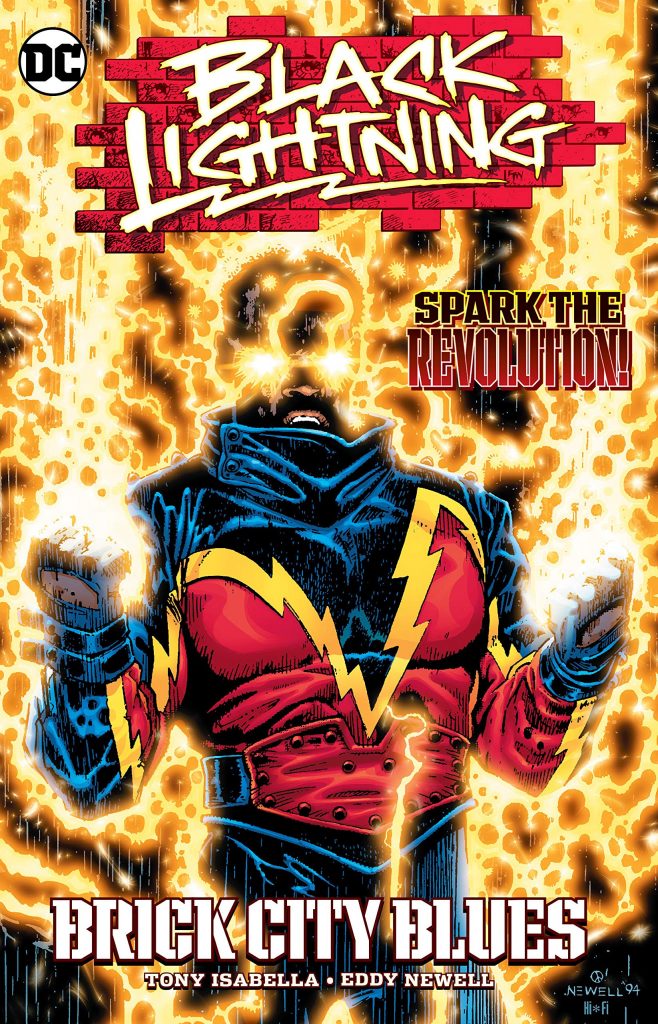 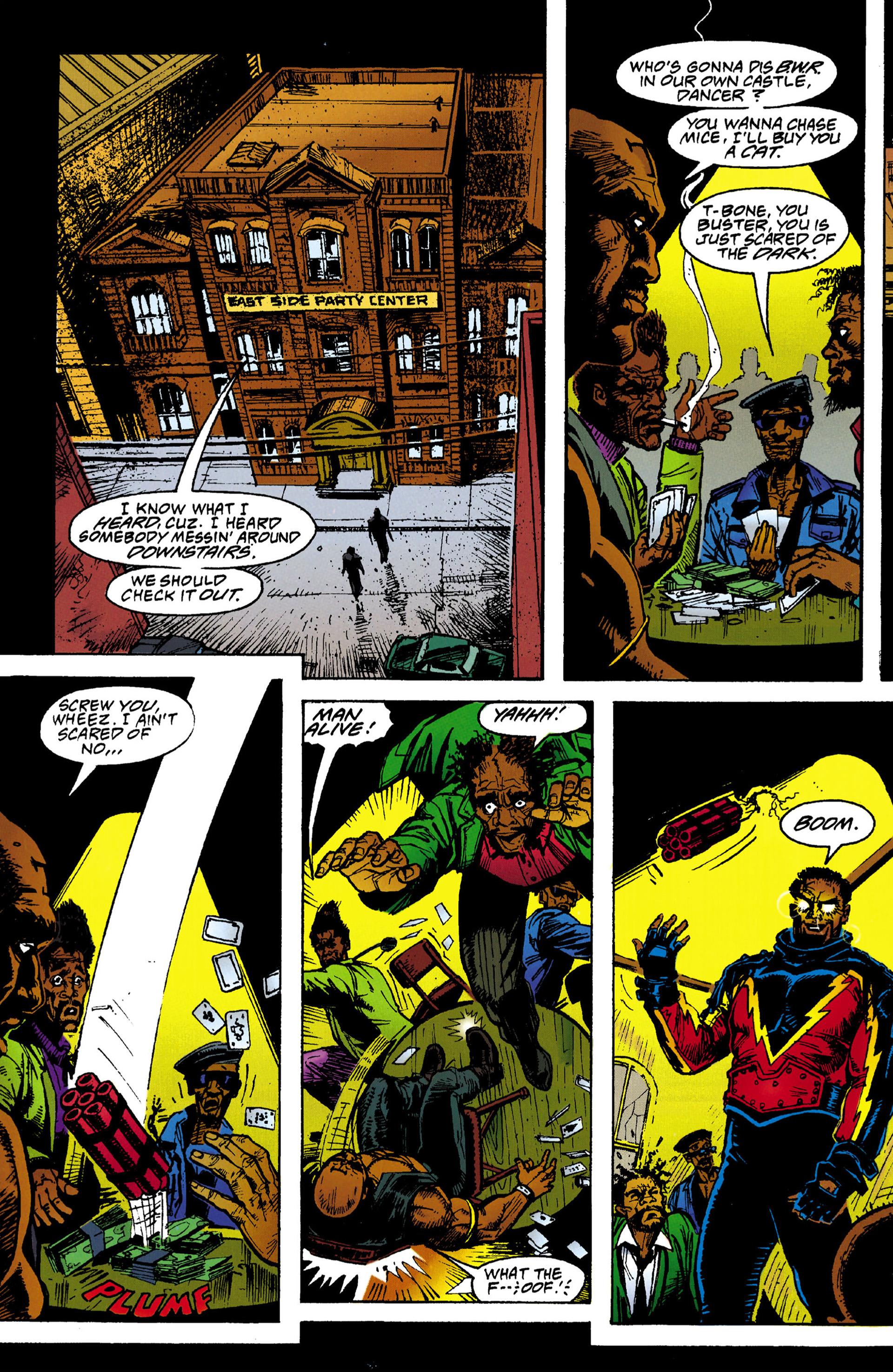 When Tony Isabella created Black Lightning in 1977 it was as the first African-American character to maintain a regular title at DC. After its cancellation he floated about the DC universe, most prominently as a member of the Outsiders, and times had changed when he was revived in 1995. DC were then distributing Milestone Comics, produced by African-American creators and the likes of Static and Icon presented thoughtful and contemporary entertainment featuring African-American superheroes. This is relevant because Isabella’s first Black Lightning series was aiming for the mood Milestone material successfully exploited, time having moved on.

Most obvious to begin with is how artist Eddy Newell updates Black Lightning’s appearance and costume to something more timeless than fashionable, although for some reason the cover displays him in his 1970s duds. Now finally able to produce gritty urban crime material, Isabella’s scripts crackle. He follows the template of his earlier series, but gives it dramatic credibility. Former Olympic athlete Jefferson Pierce teaches in Carver City’s poorest neighbourhood, using his superhero alias to sort out drug dealers. Isabella provides a constant background of TV and radio news reports detailing the area’s problems, and also spotlights corrupt politicians and the criminals. These aren’t the uninspired costumed idiots of before, but more credible.

Newell (sample art) produces vivid and lively pages. He captures the urban feel, is strong with the emotional drama, and has a fine instinctive sense for experimentation. An early chapter is set in a hospital, and Newell draws much of it in a dark grey wash to complement the story mood, and it’s evocative and impressive. Newell draws the first six episodes, and portions of several others, being largely replaced by Octavio Cariello after that sixth episode. Cariello’s pages are well drawn, but far more generic. There’s no longer a sense of Pierce working in a specific neighbourhood, and this lack of individuality hurts the feature.

Isabella’s second story, about a gang summit, isn’t as successful, owing more to traditional superhero comics than the dramatic opening material. When David DeVries takes over he broadly follows the same path, infusing more of a TV cop drama aesthetic, and offering some interesting ethical comments, but there’s little subtlety about his plots. He also reduces their credibility by resorting to narrative convenience. Bullets can’t penetrate Black Lightning’s force field, but a knife can. Neither Pierce nor Black Lightning seem to have any trouble walking after having that knife embedded a couple of inches in his thigh. Super villains as stupid as those from the first series appear, one of them very obviously based on Mean Machine from Judge Dredd. A two panel pep talk from Batman entirely reverses Black Lightning’s depression. It’s not good. Neither is the parade of artists after the first six chapters, six of them contributing pages to the next seven episodes in addition to Newell and Cariello, with some jarring switches of style between them.

If you can pick up this book cheaply it’s worthwhile for Isabella and Newell’s opening work, but the rest isn’t up to much. It would take almost twenty years from this content for Black Lightning to progress to his own TV series, but via membership of the Justice League. A Year One collection is also available.