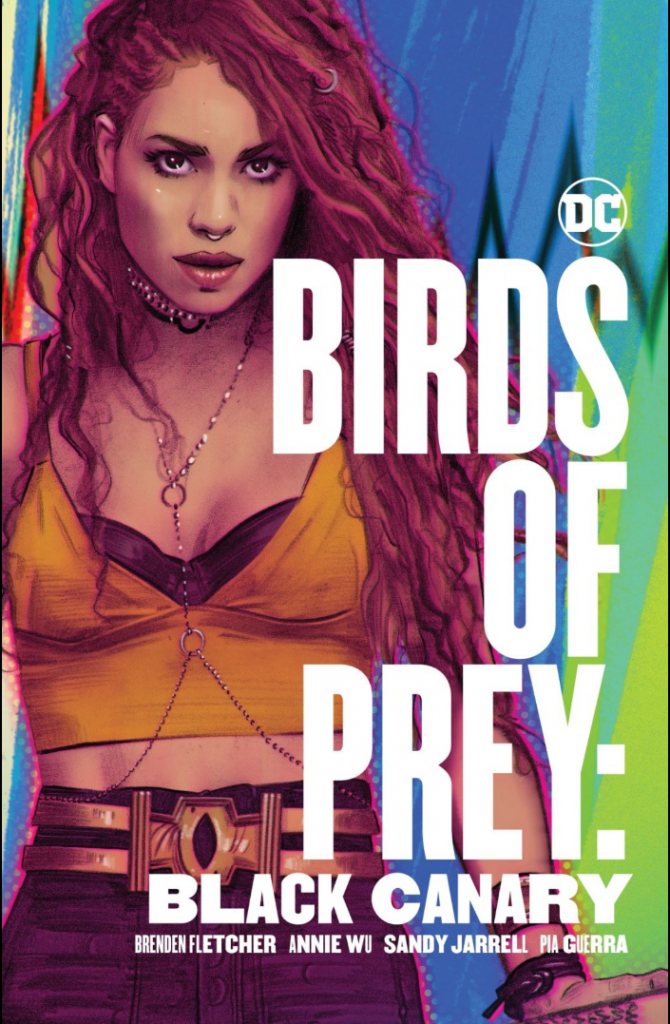 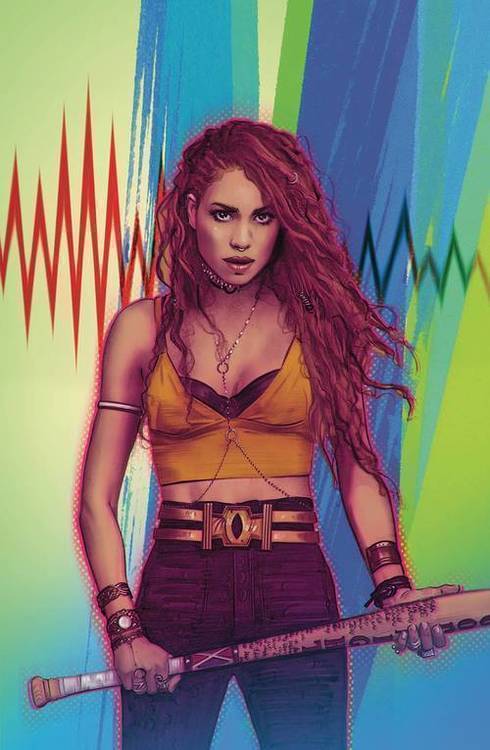 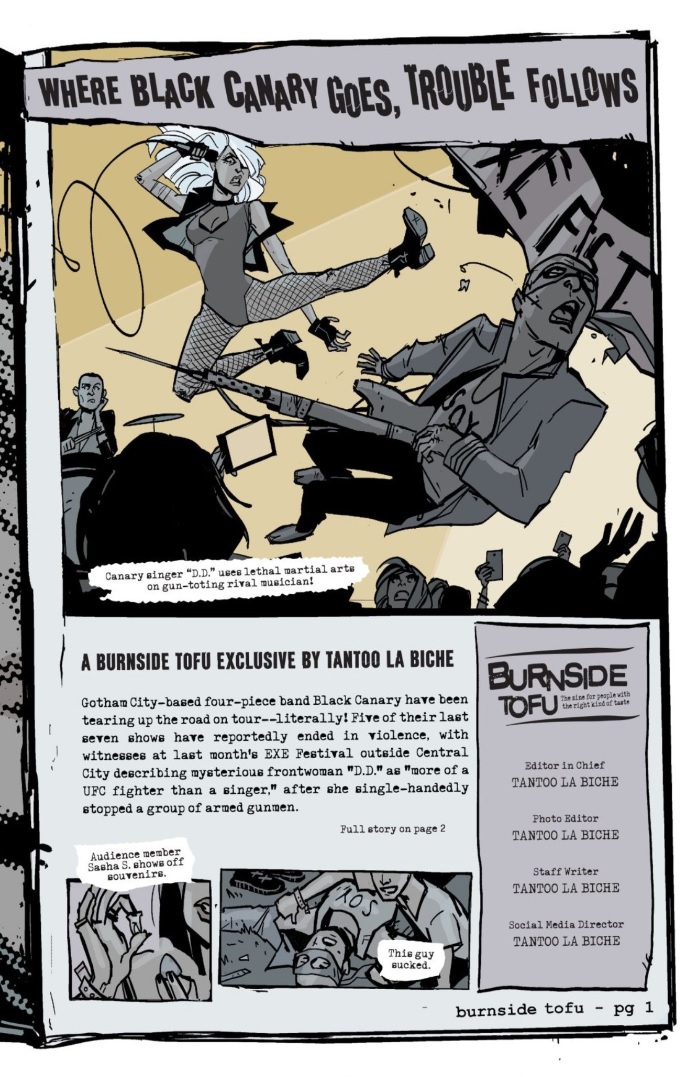 Birds of Prey: Black Canary is the result of a marketing ploy that must have seemed like a good idea at the time, but might prove to be counter-productive. Collecting Brenden Fletcher’s 2015-2016 run on the crimefighter, this is meant to be a tie-in with the 2020 Birds of Prey movie. Accordingly, the cover depicts Jurnee Smollett-Bell as Dinah Lance. However, anyone not familiar with the character as she is in comics (and that is presumably at whom the cover is aimed) might well be surprised to find that the contents depict the adventures of a blonde skinny white chick, who shares little with the movie incarnation beyond both being singers.

However, one might hope that such a reader would persist, because in some ways this is quite an accessible DC graphic novel for newcomers. Indeed, the less one knows about Black Canary the less confused one is likely to be, as the comic ignores or seriously reworks almost everything previously established about the character. Spinning out of the ‘Batgirl of Burnside’ arc in Batgirl (which Fletcher co-wrote), and appearing in one of the increasingly short periods between DC rebooting their entire universe, Fletcher recasts Dinah Lance as the lead singer of a punk band called Black Canary.

His intent was to produce something that was part superhero comic and part music comic, and in this he succeeds. He certainly knows the ins and outs of the lo-fi music scene – the fanzines, which Fletcher uses as a narrative device (see sample image), recording concerts on mobile phones, the hassle of getting promoters to pay up, the propensity of gigs to degenerate into violence. The final installment draws heavily upon the life and work of David Bowie, who died in the course of Fletcher writing the series. True, tours don’t usually involve aliens and ninja death cults, but that is the superhero element, and Fletcher provides dynamic action scenes that he keeps mercifully free of dialogue.

Fletcher also does characterisation well. Everyone has their motivations, and the queer characters in the story, of whom there are many, are never depicted as solely about their queerness. The story does, however, tail off in the second arc, and Fletcher has the slightly annoying habit of having plot developments take place between chapters.

The look was created by Annie Wu, fresh from Hawkeye. She provides a rough-and-ready style that complements the story, and turns Dinah’s trademark leather jacket and fishnets from a superhero uniform into a lead singer’s look. Unfortunately, after the first half she drops to doing covers only, though she does return for the final part. Fortunately, other artists, primarily Sandy Jarrell manage to remain true to the style Wu set out.

Despite being one of DC’s earliest superheroines (first appearing in the late 1940s), Black Canary has often been something of a second-stringer, largely being someone’s teammate and/or girlfriend, and never acquiring the cultural cachet of relative newcomers such as Supergirl and Batgirl. Whilst often quite odd, especially for people familiar with the character, Fletcher’s run here is a noble attempt to do something interesting with the character. It had previously been collected as Screaming and Kicking and New Killer Star, the latter of which includes a short Fletcher/Wu piece from Gotham Academy that is omitted here.