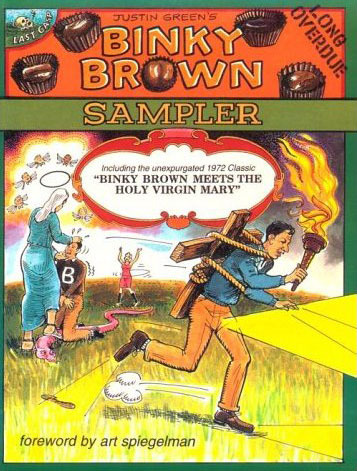 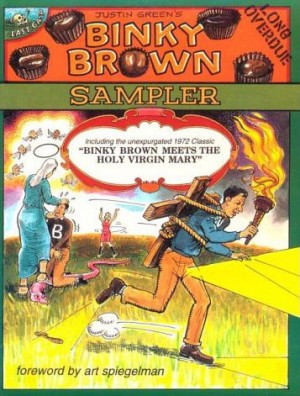 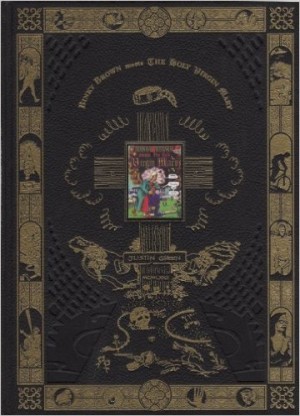 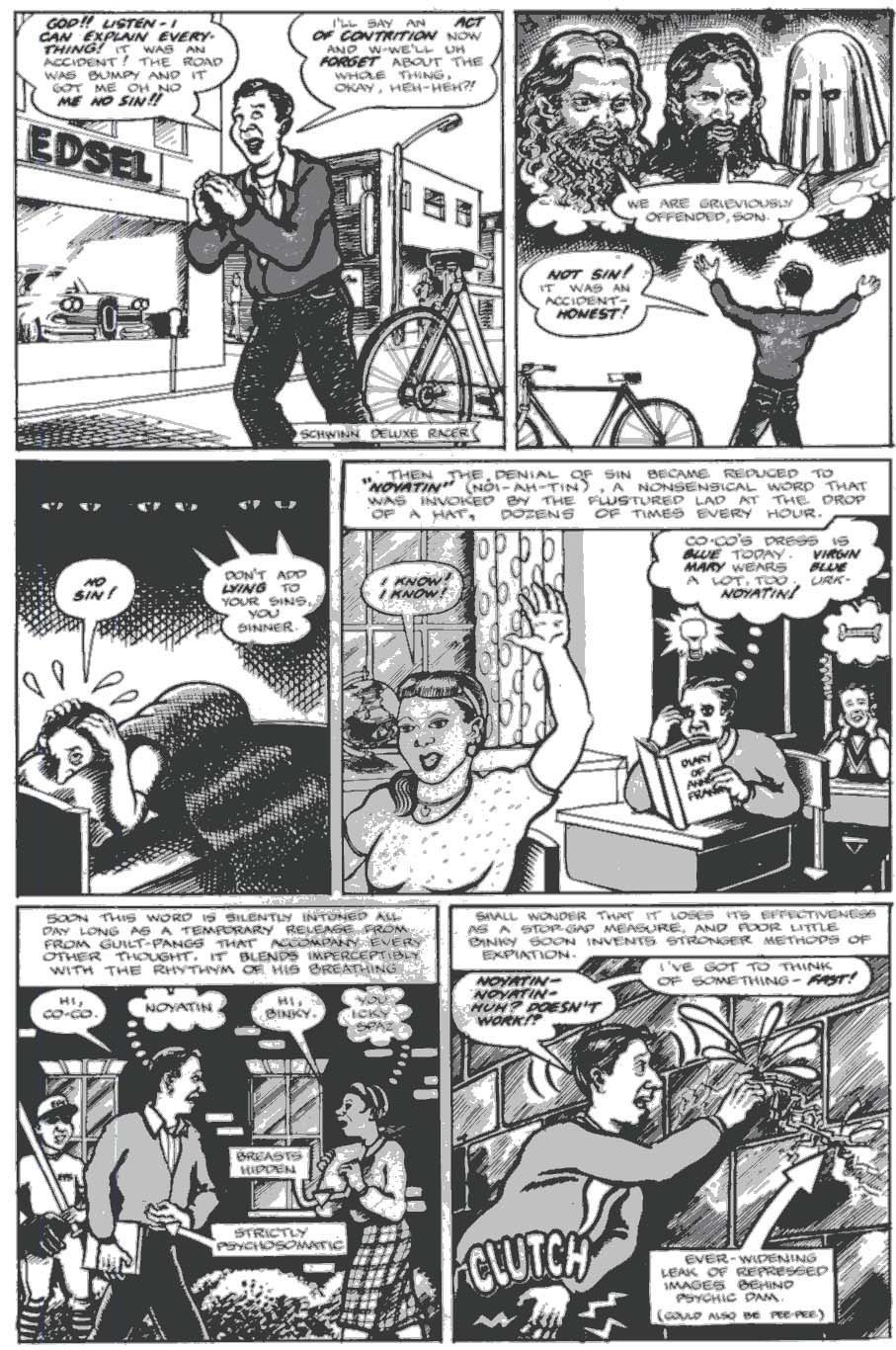 Justin Green’s Binky Brown Meets the Holy Virgin Mary, was perhaps the first true graphic novel to emerge from the American Underground ‘comix’ of the 1960s and 1970s.

Inspired by his first sightings of Robert Crumb pages, Green ditched art school to move to comix’ epicentre in hippie-haven San Francisco. It was a taboo-busting era, in the comix perhaps more than anywhere – the sex, drugs, and anti-establishment attitudes unthinkable in print even a decade before. Without this environment, it’s hard to imagine Green being motivated to even start such a project, let alone expect to see it in print.

‘Binky Brown’ is the hardly-veiled avatar of Green himself, and the book a confessional account of his pubescent sexual turmoil due to a potent combination of religious doctrine, and extreme Obsessive Compulsive Disorder. Green is unflinchingly analytical in exploring every formative event and thought: from his playmates’ revelations about the facts of life, and consequent questions of his parents; to his prurient dreams of girls at school, and his accidental discovery of his physiological response; and most crucially, the endless, overwhelming feelings of confusion, shame, and guilt. The masochistic Binky unburdens himself to a succession of sympathetic priests until he finds one to issue suitable penance.

This is all powerfully and graphically depicted, to the extent that by the end of the book Binky – and the reader – is confronted with phalluses everywhere, all – he fears – dangerously menacing the Virgin Mary. Binky’s OCD has him mapping ever more tortuous routes and procedures to avoid his imagined ‘pecker rays’ projecting onto images of the Madonna, and – he imagines, by extension – his own mother. Freudian? There’s material here for a whole Psychoanalytic symposium!

If Binky Brown was published today it would be acclaimed as a powerful and important work. In 1972 it was ground-breaking, arguably the first major autobiographical comic in English. A big seller in its day, legal changes excluding ‘obscenity’ from First Amendment freedom of speech rights, buried it along with the Underground infrastructure itself. It took two decades for it to reappear in this paperback from Underground survivor Last Gasp, along with Binky shorts mopped up from anthologies.

This collected edition has quotes from Crumb and other Underground luminaries, extolling Green’s role and influence upon their own ventures in autobiography, and Art Spiegelman in his introduction declares that Maus wouldn’t have happened without Green. This isn’t just for his example, but for cajoling him to produce what became his ‘Maus’ three-pager that triggered the book. That’s how important Justin Green is to comics as they exist today.

Binky Brown is an uncomfortable read and not for everyone, but remains a classic – both a powerful autobiography, and an enduring achievement in the comics form.

The Sampler has patchy reproduction in places, but a deluxe 2009 hardback from McSweeney’s reproduces the main story from Green’s original artwork, in the manner of IDW’s Artist Editions. 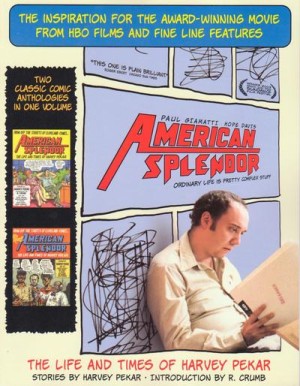 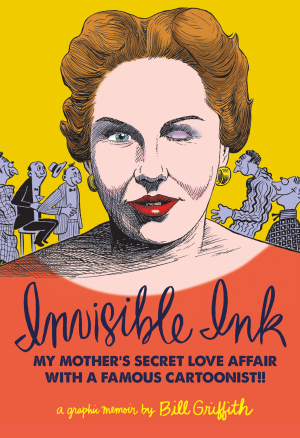 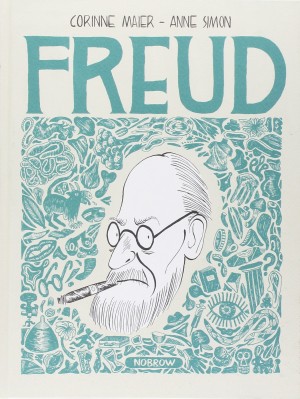