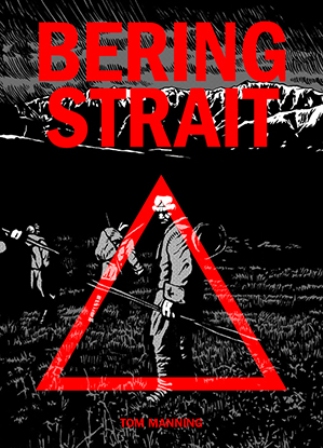 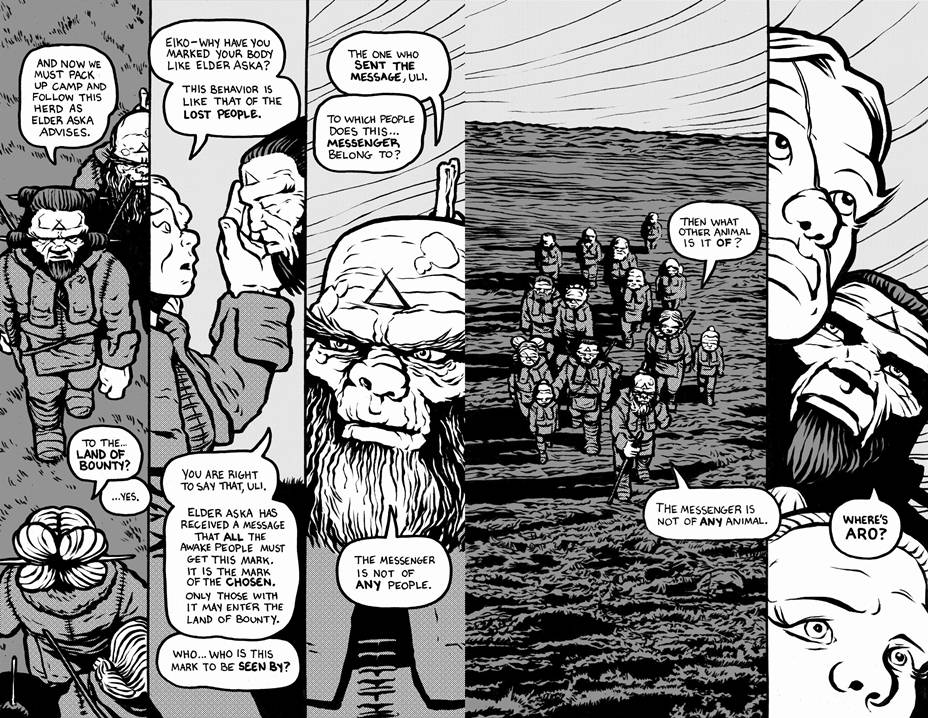 The Awake are early human settlers eking out an existence on the frozen wastes of pre-history. They have no gods and believe only in what they can hear, see and touch until their elder experiences a vision of a vast herd travelling through the tundra and over the mountains, a strange voice calling him to follow. When they witness the herds they follow them, now calling themselves the Chosen and begin their journey to a new life. Yet the steppes are treacherous, the cold deadly and theirs is not the only tribe following the herd.

Bering Strait is Tom Manning’s tale of the first human settlers crossing over into the Americas via the stretch of the Pacific Ocean between Russia and Alaska, hence the title of a moody and atmospheric journey rendered in black and white. It defies expectations, Manning subverting the story with a unique splicing of adventure thriller and sci-fi interference to create prehistoric noir. There’s a palpable air of mystery, perspectives continually changing, events and interactions viewed from many angles in interesting panel placements to give the impression that someone or something is watching the drama unfold.

Manning packs a lot of detail in the panels, using contrasts of light and shadow to startling effect, building the tension as we watch the cast face intensifying dangers. His scenes of landscapes stretching across the page are beautiful, herds of mammoths and reindeer marching across the ice with people alongside incredible. His preference is to focus on the players, scripting scenarios that render very relatable characters with believable interactions. Technically he’s a great artist, immersing us in the fears and joys of each tribal member. Each tribe encountered has specific genetic features and ways of life, from dress to religious beliefs, that helps the reader identify them. These are fascinating, though distinguishing individuals can be difficult, especially with a stylistic choice of going for blockier shaped people. A peculiar aspect of the digital version is that the pages don’t always have clear demarcation and the panels seem to blend into one, most problematic when people are dialoguing. It results in the art being crowded which is disappointing, as these scenes themselves are innovative. Is it possible the paperback format mitigates this issue?

Bering Strait is a hell of an engaging tale keeping you on the edge of your seat. Manning’s world building, particularly in his approach to each society, enriches it. This is more than a thriller, being also a commentary on mankind’s capacity for both good and evil, for kindness and violence, and unsettling in its observation that empires, even modern ones, are not built on the honourable, but more often by deceit, ambition and ruthlessness.

Among the fans Manning has garnered for his various projects is Oscar winning director/writer Guillermo Del Toro. If someone like Del Toro – from whose mind has sprung films like Pan’s Labyrinth and The Shape of Water – loves your work enough to leave you a small review, does it really matter what anyone else thinks?

If you want to purchase Bering Strait or any of Manning’s books the best options are to order here or on amazon.com as it is isn’t readily available in the UK. 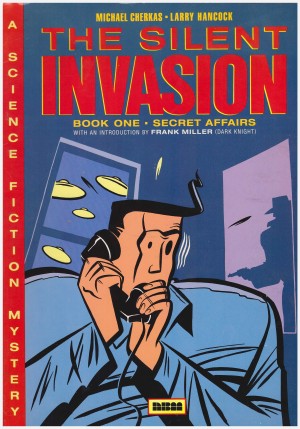