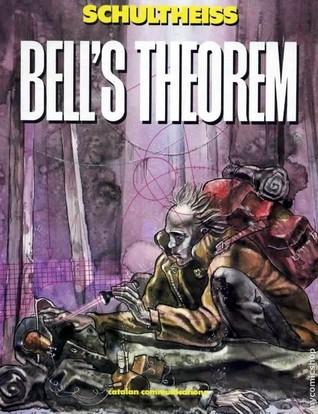 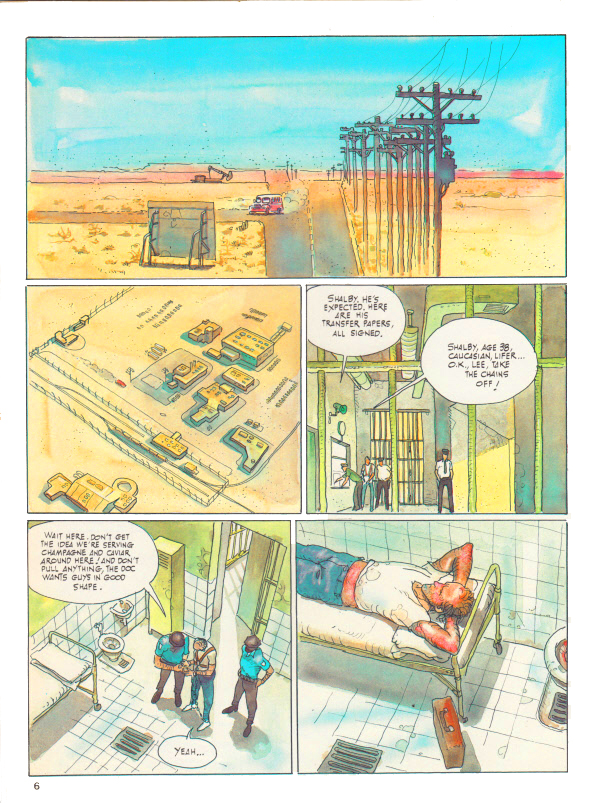 Bell’s Theorem was German writer/artist Matthias Schultheiss’s breakthrough work. Originally published in French in 1985, it was certainly a dramatic debut, combining prison drama, sci-fi themes and horror movie tropes, drawn in a highly expressionistic fashion, with strong colour and heavy blacks. The title is taken from quantum physics, and an underlying theme of the story is the nature and perception of reality. The story is prefaced by a short ‘introduction’ about a quantum scientist whose work and ideas are central to the plot. Don’t skip it; Bell’s Theorem is quite hard to follow and the info in the introduction is necessary, if given in a rather ungainly fashion.

The story’s anti-hero is Shelby, a vicious criminal doing life in a somewhat Kafkaesque American prison where several other inmates are out to get him. When he’s offered the chance to take part in some ‘harmless’ medical testing in return for a reduction in his sentence he agrees, only to find out he’s been duped into signing papers that will allow the authorities to test new weaponry on him. He is transported to a secret test facility containing many half dead, maimed and crippled prisoners who have already been the subjects of these experiments. Schultheiss creates a nightmare world in the centre of which there is still human hope and compassion. A fellow inmate, partly rebuilt as a cyborg to extend his use as a test subject, helps Shelby escape after his first test, which has almost killed him. The inmate, Frank, is too badly hurt to accompany Shelby, but hopes if he escapes he can tell the world about what’s really going on. However Shelby has no intention of drawing attention to himself or ever getting caught again.

Schultheiss’ writing zigzags between thriller clichés and a complex exploration of the nature of perception. You are never sure if what he is showing you is real, whether it’s Shelby’s self-validating version of reality, and how or why the unlikely coincidences come about, at least in the first volume. Ideally all three parts are read as one work that just happens to be split into three. 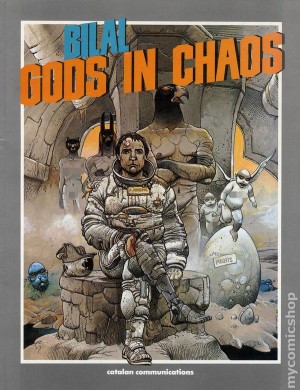 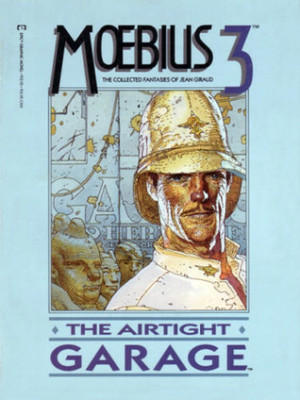