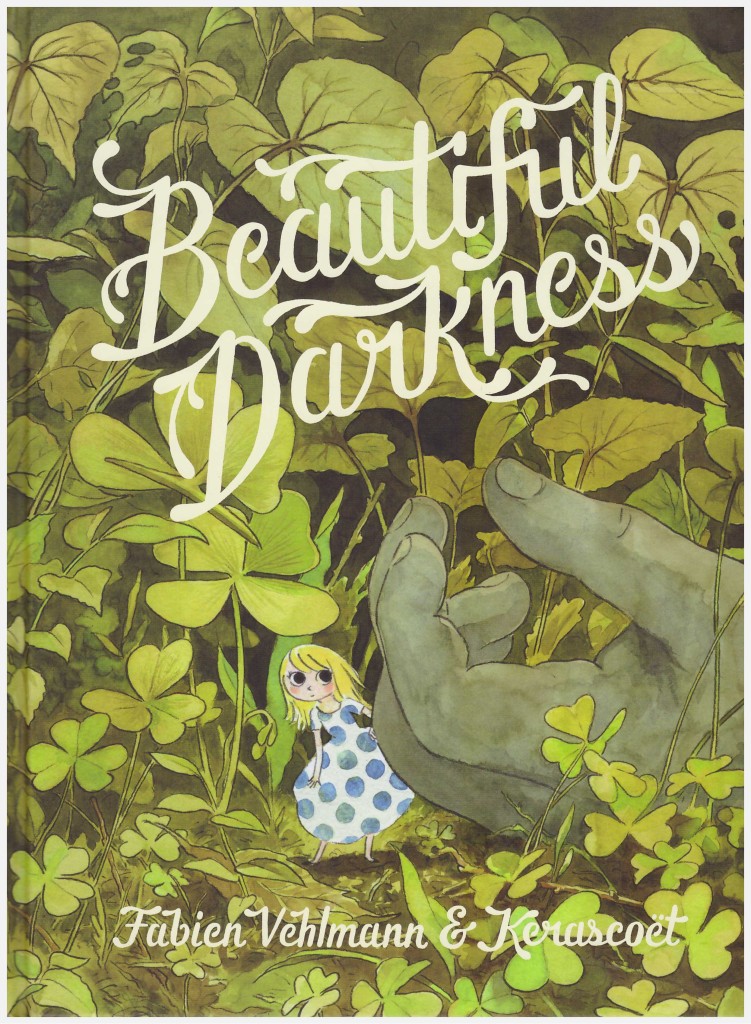 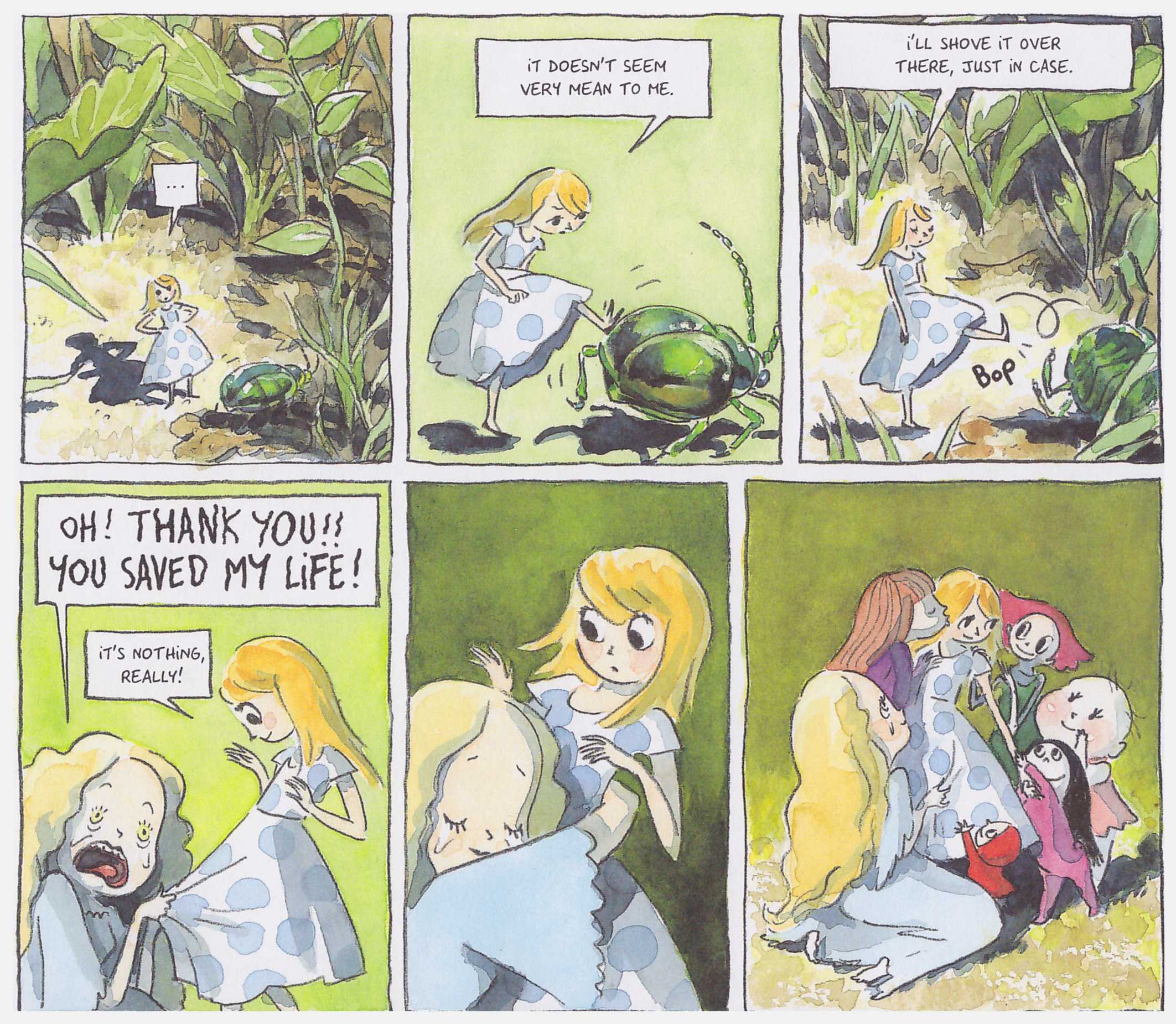 Beautiful Darkness is a stunning graphic novel, cleverly subverting both the traditions of the fairy tale and horror, and presenting a sardonic morality play about human traits. The book opens with an attractive young couple having hot chocolate and cakes, almost faking a simplified fairy tale setting, but within two pages disaster has struck, and the first shock arrives as we learn where the couple are and why they must leave.

They are but two of dozens of tiny people, some a little larger than others, who emerge into pastoral surroundings. Their comforts have been removed, and they need to fend for themselves. A woman who names herself Aurora is more confident, capable and organised than many of the remainder, establishing shelter, distributing food and even reaching out to the local wildlife. As we explore the remainder of the community, it’s revealed that not all share Aurora’s good nature. It’s not that these people are bad, but they lack any kind of emotional response. This is Tennyson’s nature “red in tooth and claw”, transferred to a group of cute fairy tale characters almost play-acting their roles.

Although written by Fabien Vehlmann, the cast originated in the sketchbooks of Marie Pommepuy, who collaborates artistically with Sébastien Cosset using the alias of Kerascoët. Their work is stunning, and almost unrecognisable as the same artists who drew Miss Don’t Touch Me, here working in watercolour over pencil and ink. They’re artists of great subtlety, portraying scenes as they occur, but drawing the eye away from some details so later revelations are a shock. It’s evident on the cover. The visual aspects of the cast are varied throughout the book, growing and shrinking according to circumstance, adversity and response, and the juxtaposition of cutesy characters settled in horrific environments is memorable.

Initially successful and popular, Aurora’s egalitarianism eventually proves a less desirable option than following another character who’s whimsical and controlling, but provides an element of certainty, however temporary that may be. She’s also responsible for the book’s only knowingly cruel moment that can’t be justified. Vehlmann toys with the preconceptions of fairy tales, but isn’t bound by them. The innocence of the characters that was their blessing to begin with, proves their curse, as throughout the book many meet their fates in an almost offhand manner. It’s both dreadful and bleakly amusing.

What elevates Beautiful Darkness from an interesting graphic novel to a compelling one is that it raises the unhappy spectre of choices we’ve all made, confronting us with the results of dismissing our inner emotional response. Why do we blindly follow those who exude unfounded confidence? How far are we willing prioritise our own needs at the cost of others? How far do we compromise before slipping into hypocrisy? Perhaps that’s the darkness element of the title.