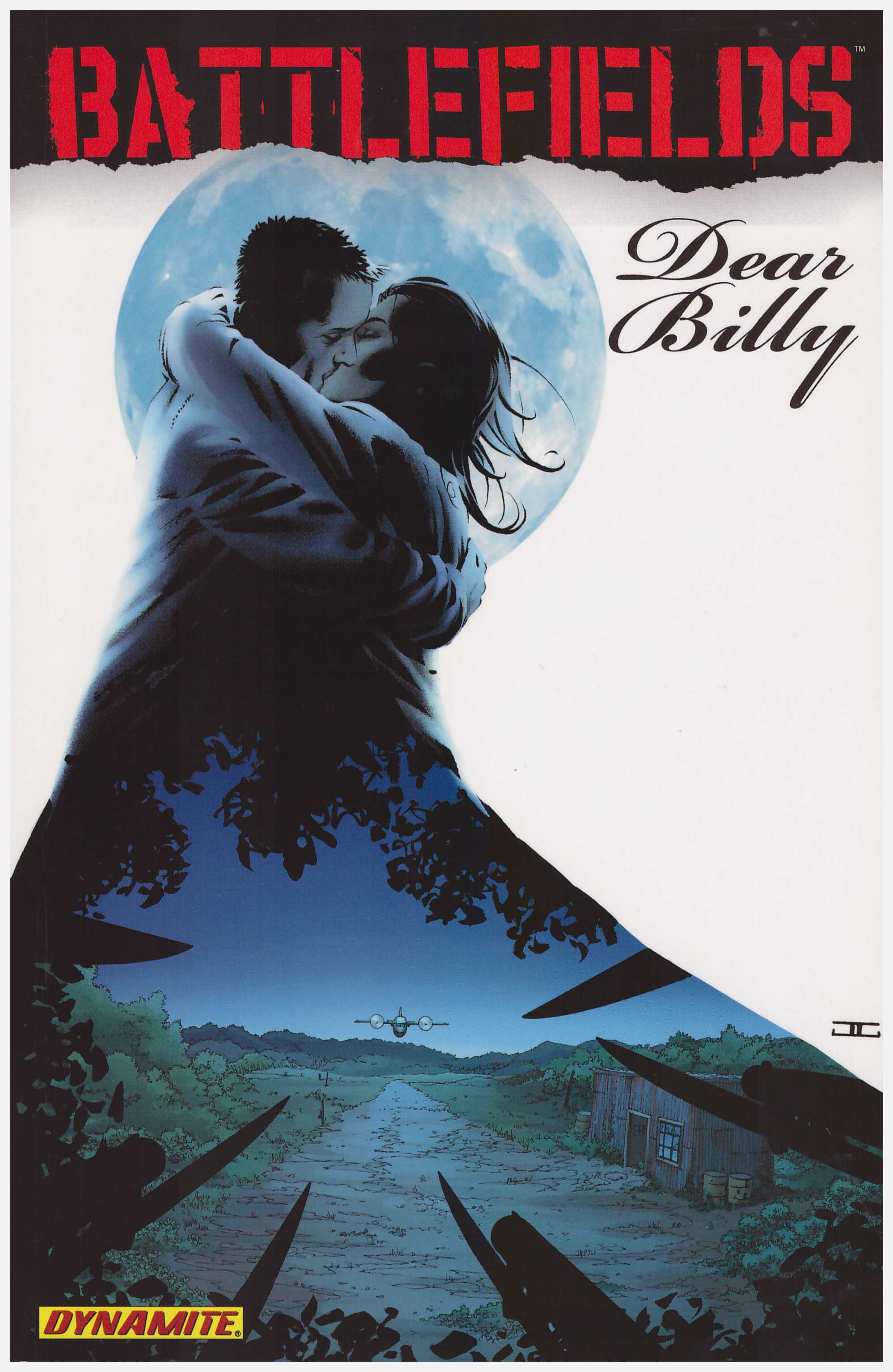 Garth Ennis’ war stories are admirably varied. Usually, although not exclusively, set during World War II, over several different series they’ve covered almost every involved nation, every mechanical means of transportation or attack, and a considerable number of armed forces. Yet Dear Billy is new territory.

The main narrative voice is via letter, written by British nurse Carrie Sutton. A desire to experience life beyond Britain led to a posting in Singapore, but the boat she and other nurses were using to escape the likely Japanese invasion was intercepted. They were raped, made to walk into the ocean and machine-gunned. Only Carrie survived. She recovers physically, but can’t shake the terror of what she endured and the internal rage she suppresses.

She first meets her letter’s intended recipient in Calcutta. Also the sole survivor of a Japanese atrocity, charismatic pilot Billy Wedgewood has far more successfully relinquished his suffering. He’s brave and dedicated, keen to return to duty, and a very understanding individual for his era. Theirs is an engaging and hesitant relationship, and by the time it develops into something more, Carrie has already taken a decisive step, forced to confront her true feelings about her experience. This is all delightfully illustrated by Peter Snejbjerg, neither diminishing nor exploiting tragedy, and supplying very humane character-based art.

The epistolary nature of much of the narrative propels a foreboding sense of dread in anticipation of an irrevocable conclusion for a character who remains understood and sympathetic despite her newly introduced vocation. It’s all very skilfully delivered, down to the running commentary from one of a pair of American officers connected high enough to be aware of forthcoming operations. There’s a clever and tragic twist leading to the letter being written, by which point we know both leading cast members inside out.

That at three chapters this is an extremely thin collection for just under $13 is presumably nothing to do with Ennis or Snejbjerg. It appears along with two other three chapter stories in volume one of The Complete Battlefields.