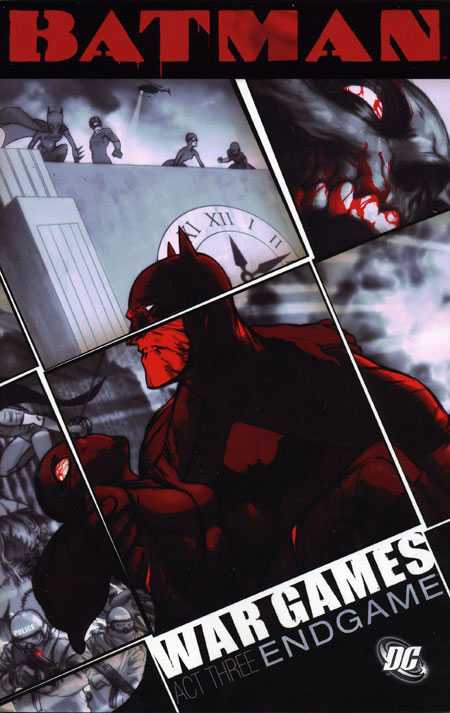 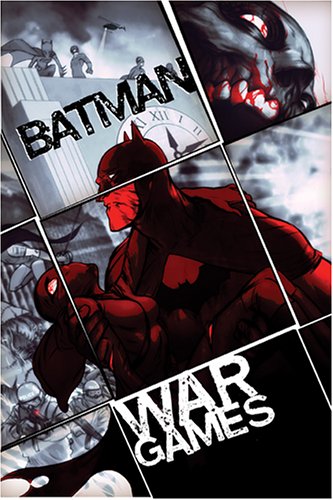 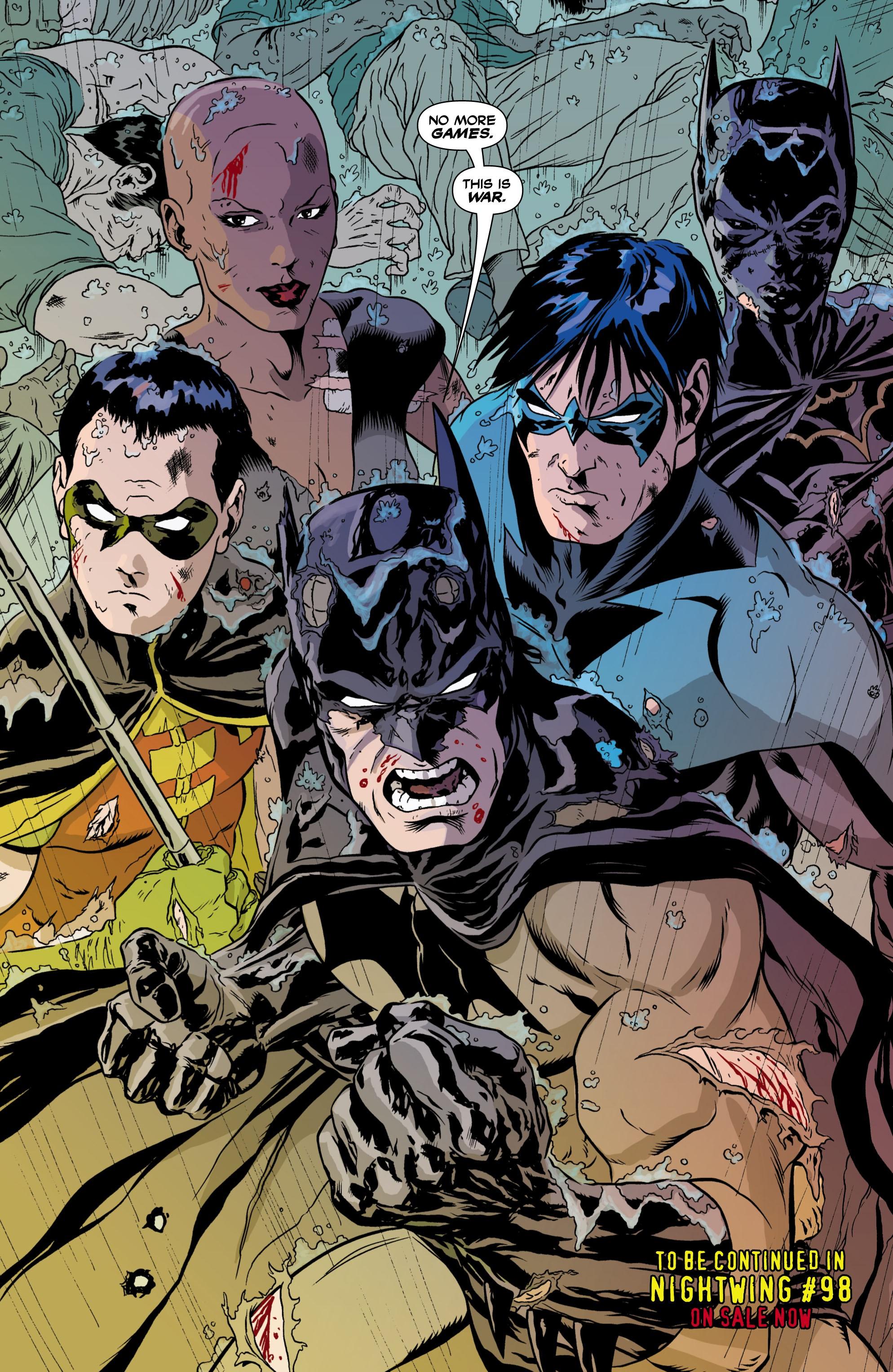 If you count War Drums, and there’s no reason not to, it’s taken three volumes to reach this point. Briefly, one of Batman’s contingency plans to sort out Gotham’s gang problem has been activated without his knowledge. The result has been carnage as the plan lacked an essential component. Batman has compensated, but the previous Tides showed he’s also been played, and his intended solution appears to hang on a very wobbly peg.

Of the three books comprising the War Games trilogy this is the weakest because for the first time there’s a sense of padding. Batman figures he’s pulled events back under his control, but this proves not to be the case. It’s a decent twist to the plot, but what it leads to is gangsters dispersed all over Gotham again and a repetition as they’re run down by the individual heroes. There are some nice character touches among this, Bill Willingham good with a conversation between Robin and his father, and several writers relishing the sheer demented sadism of what’s become the main villain.

The art has also dropped off slightly. It’s not that the artists are any less proficient, but some are far more traditional in their approach, and the resulting over-sexualisation of the female characters is disappointing. It’s been there in previous volumes, particularly with Paul Gulacy on Catwoman, but on fewer pages. Sean Phillips is back, which is good, and Brad Walker (sample art) supplies good teeth-gritted action standbys, but Mike Huddleston’s very small cartoon Batgirl in an otherwise more realistic world is an odd approach.

So, having produced such a long and ambitious story, does the finale live up to the earlier chapters? As noted, Endgame as a whole doesn’t, and the conclusion is similarly inconsistent. A TV reporter and his shifting opinions has drifted in and out of the story, at times seemingly taking the part of the chorus in a Greek play, but he has a good purpose at the final knockings. The location of that is a mistake made by the villain and another good twist, but everything is rather compromised by a death serving no purpose other than button-pushing emotional shock. It’s an editorial decision forced on Willingham rather than his choice, but it’s cheap. It does, however, lead to an extremely good scene in the epilogue chapters.

They’re the work of Gabrych with Pete Woods, then Paul Lee, showing Batman making the rounds of friends and foes attempting to build some bridges and put out some fires. The involvement of Catwoman and Alfred provide the high points of what are very good codas to what’s been among the best Batman crossover stories.

A decade after the original publication DC reconfigured War Games, combining this book with the previous Tides and much of the connected War Crimes as Book Two.