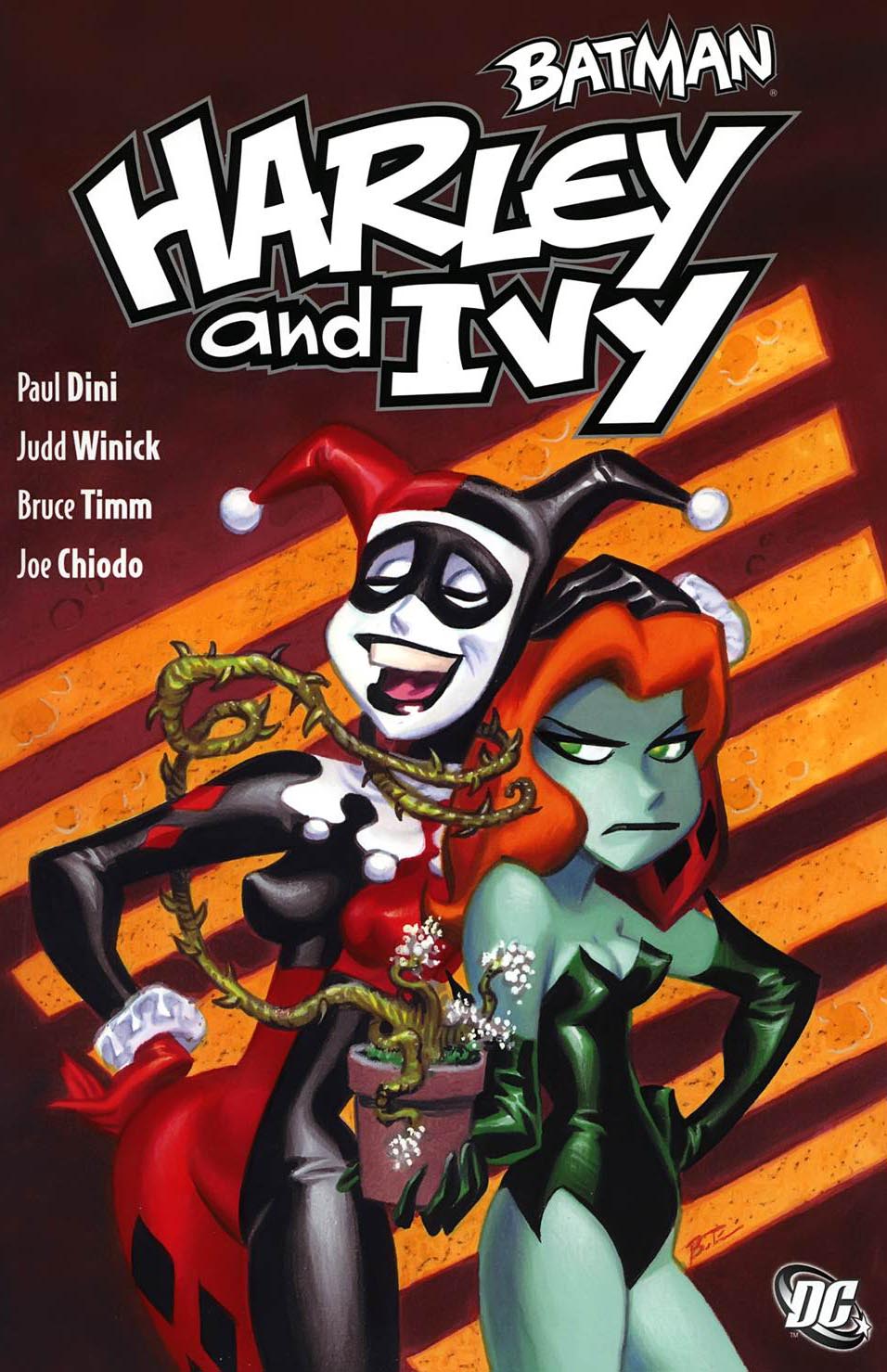 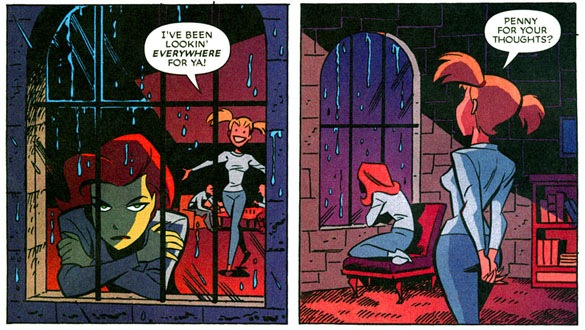 Paul Dini and Bruce Timm were the masterminds behind the animated Batman Adventures TV series of the 1990s that redefined the Dark Knight for a new generation. They mixed retro style with modern design ideas, a streamlined approach to the DC Universe and great stories with classic characters, and also invented new characters who became instant classics themselves, like Harley Quinn. The Joker’s love-addled girlfriend was fresh and funny being his dippy sidekick, but when Harley’s hyperactive delinquency met murderously deadpan, elfin Poison Ivy, a fan phenomenon was born.

Harley and Ivy collects three stories featuring the duo in their full wacky odd coupleness. ‘The Bet’ is written by Paul Dini and drawn by Ronnie Del Carmen. Collected in Batman Black and White Volume 2, this is a newly coloured version. Harley and Ivy, locked away next to each other in Arkham Asylum, decide to pass the time with a bet: that Ivy can’t charm a kiss out of every man in Arkham. It’s all fun until Ivy targets the Joker – and that’s when everything goes wrong. Dini’s funny scripting and Del Carmen’s lively cartooning are perfect together. The story hits lots of highs with the two main characters, and gives excellent cameos to many other Arkham inmates.

Sadly, ‘Love on the Lam’ by writer Judd Winnick and artist Joe Chiodo isn’t as good. Harley tries to impress Mr J by committing an ingenious crime without him, only for her and Ivy to attract Batman’s attention. Winnick and Chiodo can’t capture the charm or the comedy of Dini and Timm, and it’s curious that this leaden outing was included when the far superior ‘The Harley and The Ivy’ by Dini and Del Carmen from the Batman Adventures Holiday Special is not included.

The three-part ‘Harley and Ivy’ Dini and Bruce Timm is the main event of this volume, however, and it more than delivers. Poison Ivy (or ‘Red’, as Harley calls her) is mad at Harley once again. Sure, Harley saved them from Batman by smashing a huge pot over his head. But that pot contained the only specimen of an extremely rare and immensely valuable plant. To restore herself in Red’s good graces, the two ex-best-friends take a trip to South America to find more flora. Dini and Timm deliver page after page of expertly timed and executed, characterful fun with their wayward duo who subdue a corrupt dictator with a kiss, visit much comedy violence upon their foes and hijack the set of a movie starring two very familiar outlaws. This is a must-read for fans of the animated series. It’s perfectly crafted and totally ridiculous fun, peppered with slyly adult humour for older fans and carefully, cleverly designed so that Batman-loving children will enjoy it too.