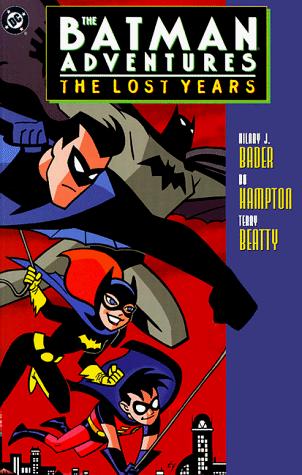 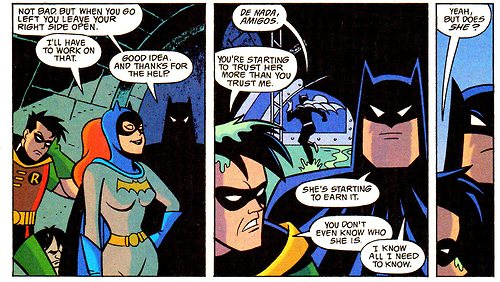 This is a departure for the animated Batman franchise in presenting an extended adventure delivering insights into the entire Batman family, tracing how Teen Wonder Robin became the mysterious avenger Nightwing.

Increasingly discontented with his junior role, Dick Grayson acrimoniously departs Gotham City to travel the world seeking his own path, inevitably finding evil everywhere and eventually encountering a tribe of Brazilian Indians called the Invisibles who teach him their unique secrets of stealth and combat.

Meanwhile back in Gotham, Batman increasingly relies on Batgirl to help him carry on the good fight, but their lives change forever when they meet a troubled kid named Tim Drake whose dad is caught up in a situation that only a hero can handle.

Even with the kid eagerly taking on the vacant role of Robin against the hordes of criminals infesting the city, troubles mount in the beleaguered metropolis and the odds look bleak until a new, mature manhunter joins the squad… a dark avenger dubbed Nightwing.

The material is compellingly scripted by the late Hilary J. Bader, who worked on the animated Batman show, but the real surprise is the effective illustration from Bo Hampton, generally better known for a painterly style. His pencils are inked by Terry Beatty for superbly designed and spectacularly illustrated, stripped-down action romps offering quintessential Bat-magic. With such arch foes as the Joker, Two-Face and Ra’s Al Ghul on hand to provide the moody, manic menace, this is a book any fan, of any age will adore. 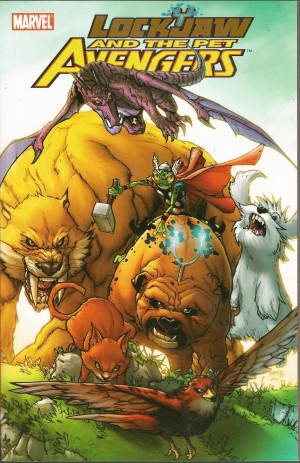 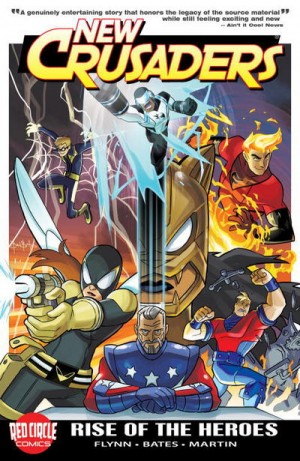 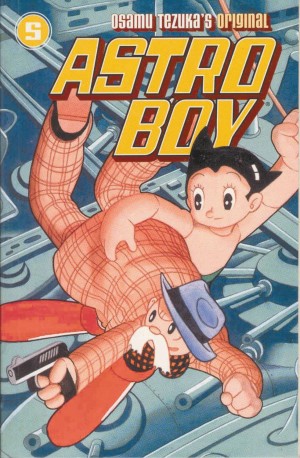