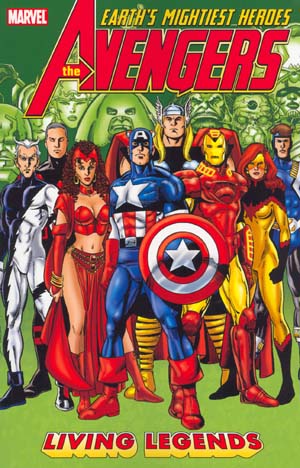 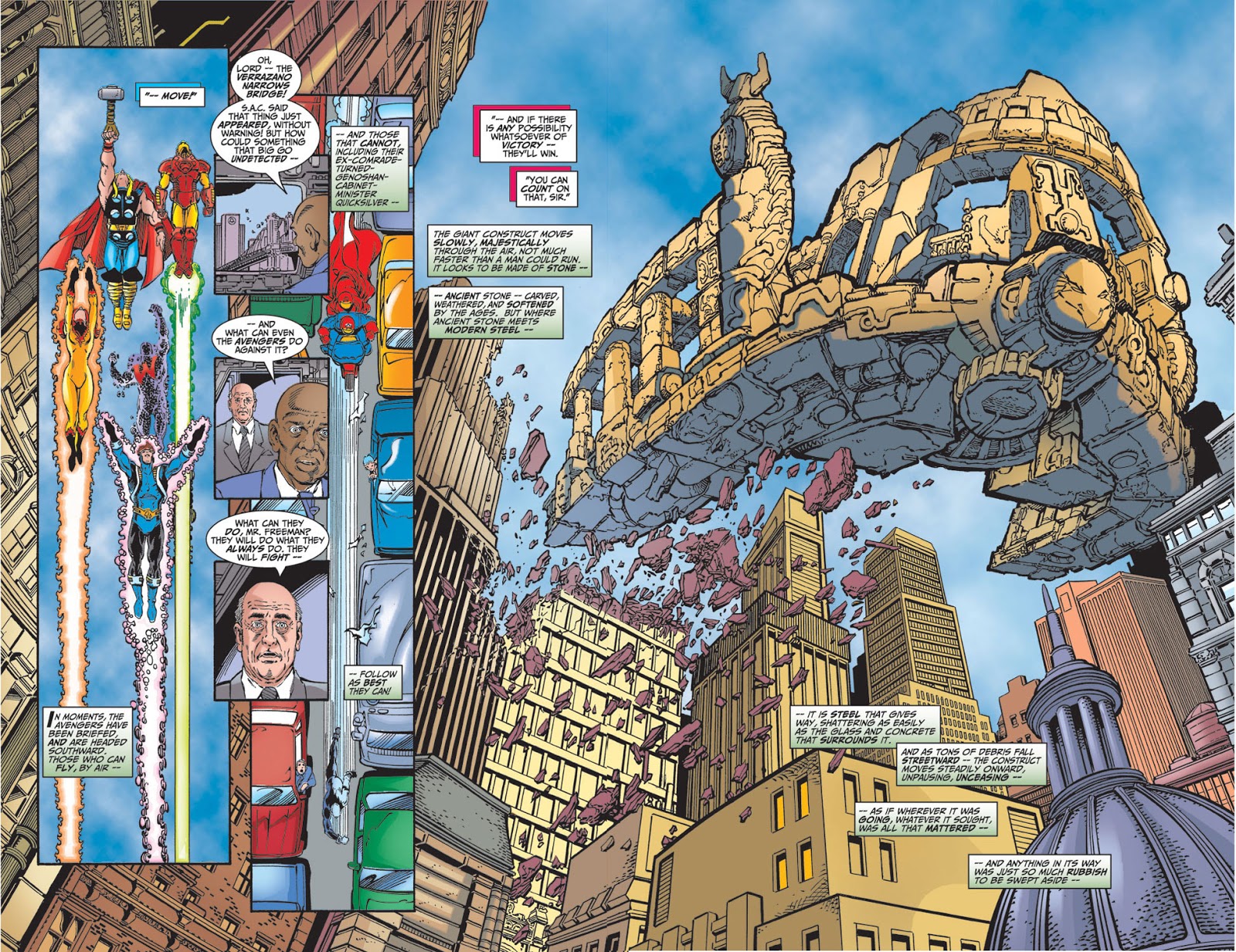 This collection sees the Kurt Busiek/George Pérez run on Avengers move from 1999 into 2000, and away from the carnage of Ultron Unlimited. The volume begins with a confrontation between the Vision and Wonder Man, followed by a not particularly special story featuring Juggernaut, meant to commemorate 25 issues of the new Avengers series. An art fill-in is drawn by Stuart Immonen and inked by Wade von Grawbadger. Busiek then discards the majority of his regular Avengers, bringing in a new team and adding Triathlon, which contrasts Busiek’s usual mining of past Avengers classics, in that it draws heavily upon one of his own past issues. The volume concludes with an extended narrative set in the South American home of not-particularly interesting superhero Silverclaw.

Busiek is, frankly, coasting at this point. The seemingly interminable Triune Understanding subplot continues to bubble under, but at least it moves forward a pace or two. The expedition to South America is the seed for another plotline that extended long past its due date.

Still, there remain the delights of Pérez’s artwork. He was clearly still enjoying himself, and Al Vey’s inks continue to bring the best out of Pérez, but there his pencils are a bit looser than they had been, with more use of white space, and in places less of the intense detail for which he was famous. In retrospect, one can perhaps see this as a signal that he was about to reach the end of his time on Avengers.

The Busiek/Pérez Avengers comics are never less than good. But Living Legends can be seen as the least essential collection of their work. It’s collected along with later material in the hardcover Avengers Assemble 3.