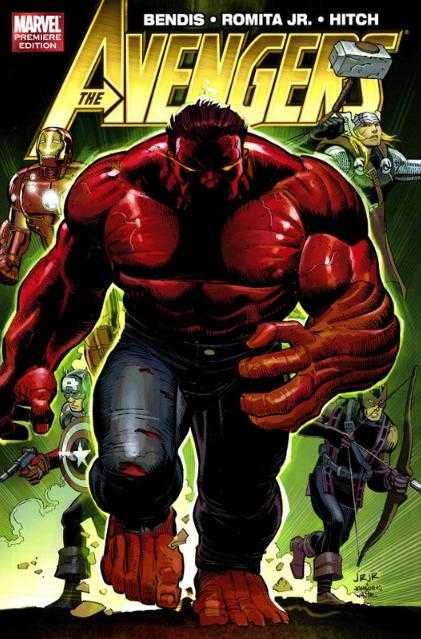 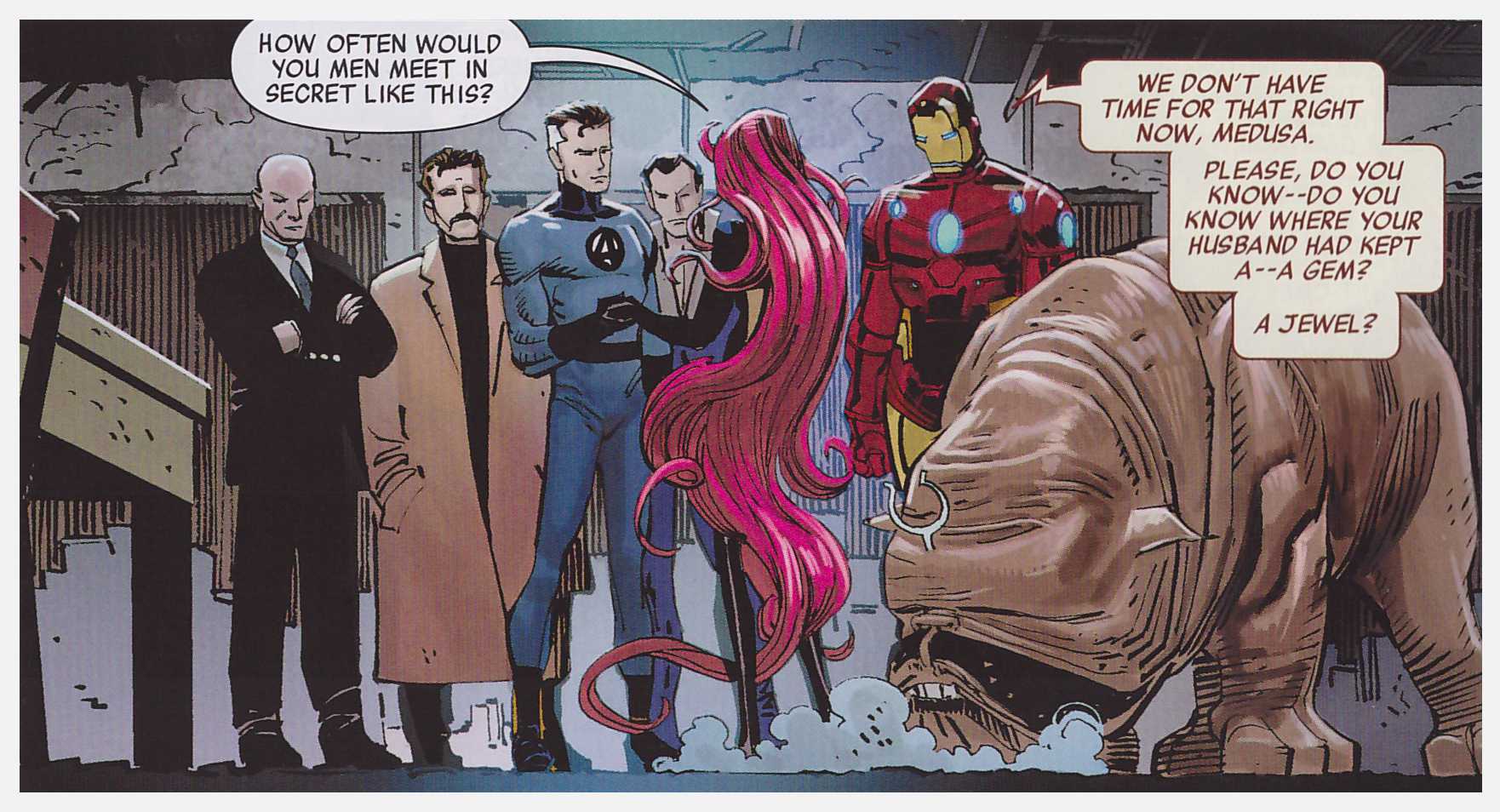 Having fractured time and set Kang against Ultron in volume one, the odds against Brian Michael Bendis managing to up the ante were low, but he succeeded. This time out it’s the infinity gems at stake, six jewels each with a different attribute, enabling their wearer with enormous power. When previously gathered they were concealed by some of the most powerful heroes on the planet to prevent their misuse, and now someone’s collecting them.

Actually, Bendis is pretty up front about who, it’s Parker Robbins, once the Hood, a minor villain of whom Bendis is inordinately fond, having utilised him frequently. Robbins is smart, tenacious and persuasive, and one of the finer aspects of this story is that none of those who concealed the gems realise how he came to know of them.

The threat is so immense that it takes two teams of Avengers to deal with Robbins, plus assorted others, and the secrecy involved in concealing the gems drives another wedge between Iron Man and Captain America. It does, however, lead to a fine coda.

Most of the book is again drawn by John Romita Jr, but the time spent on the previous volume has taken its toll. While his standards never slip below professional, it’s apparent there was less time available to produce much of the material here, and the art is further diminished in the paperback edition by illustrations spread over two pages having portions of their middle section disappear into the binding.

There’s also a chapter leading into The Age of Ultron, with Spider-Woman captured by an alliance of some of the smartest super-villains on the planet. Bendis has a laugh revealing that for all their intelligence they’re emotionally dim, and Bryan Hitch draws up a storm.

This doesn’t match the quality of the first volume. A chapter consisting entirely of full page illustrations with a narrative overlay is a mistake, even if giving Romita Jr more time to complete the remainder. Too many of the dozens of characters depicted do little more than stand around, and the story is stretched too far.

The story continues in Avengers: Fear Itself before reaching volume 3. 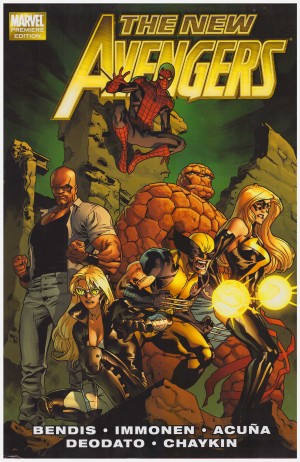 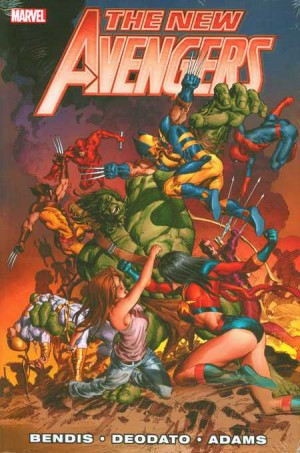 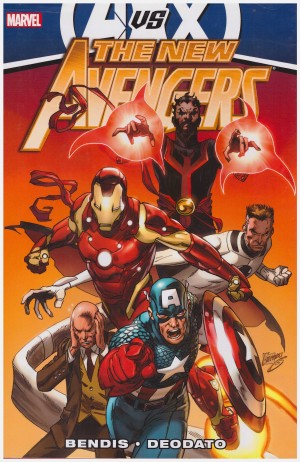