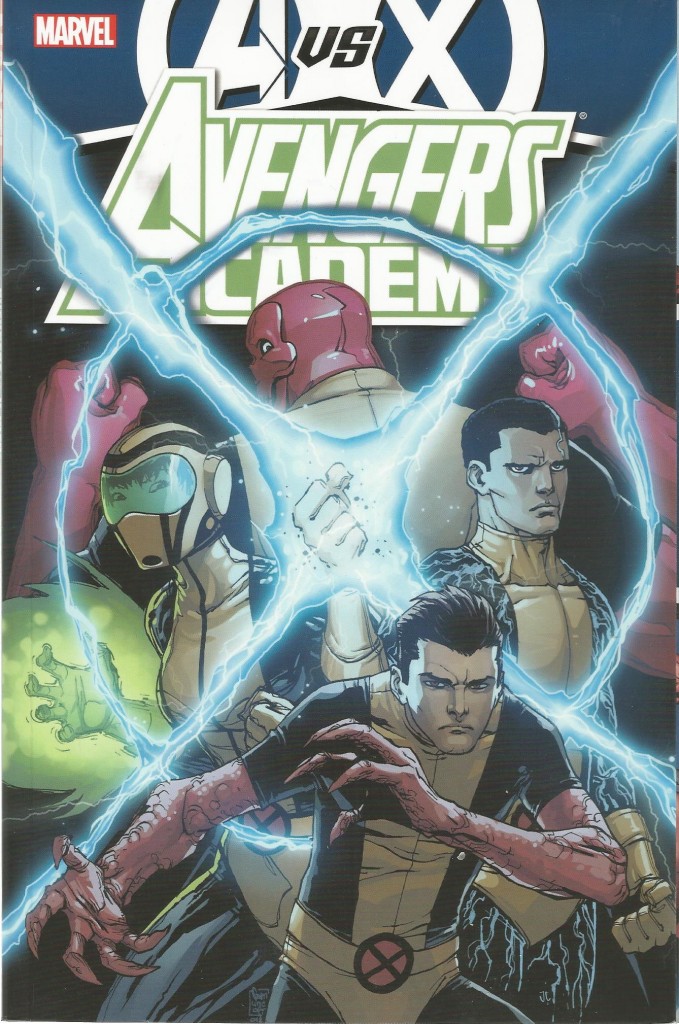 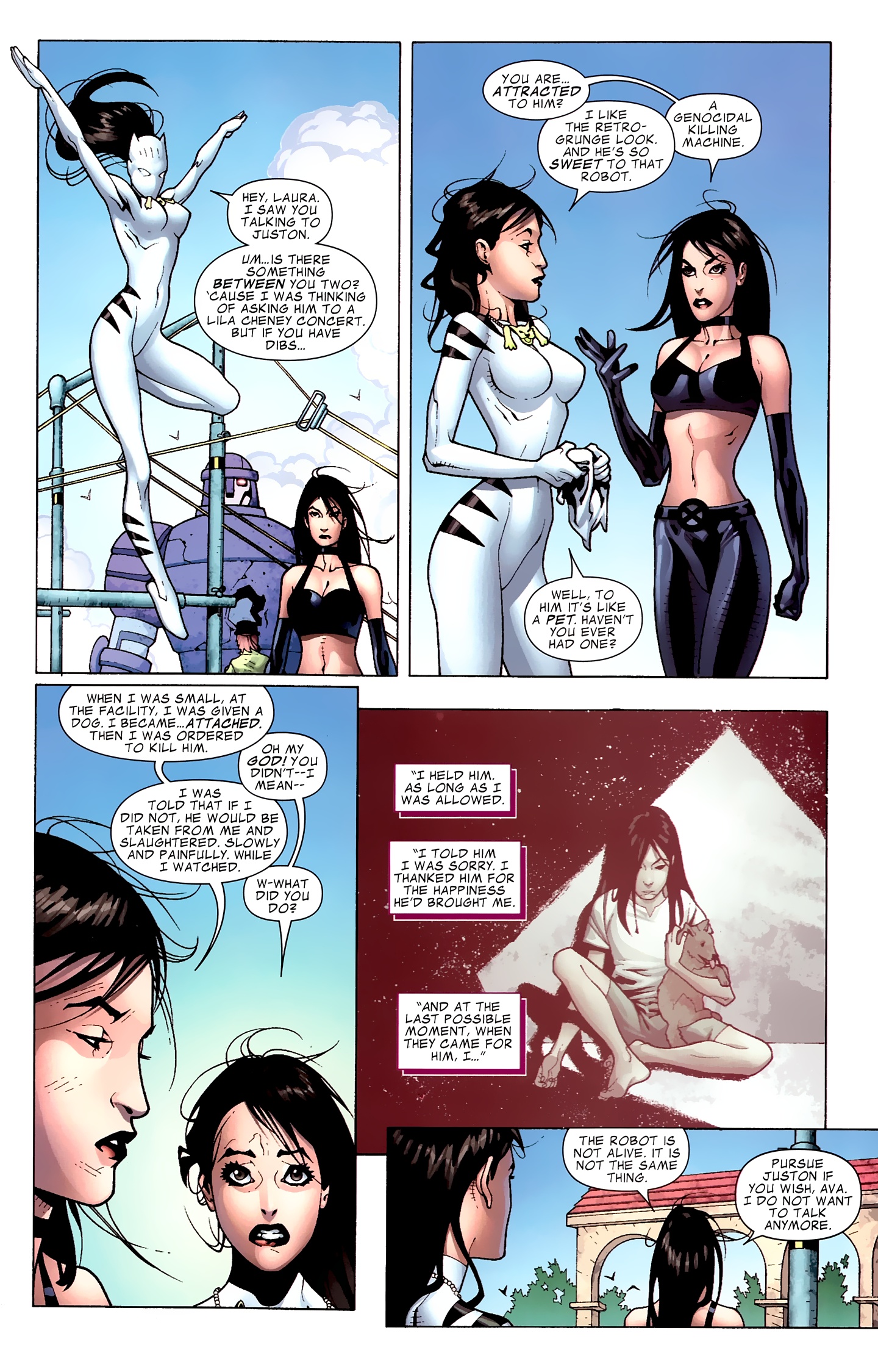 Like Fear Itself, this volume skips the regular series numbering by being counted as a subsidiary volume to a Marvel crossover event. Unlike Fear Itself, this doesn’t offer any real contribution to the primary series, nor any significant character development. It’s okay – but lowers the bar for a title previously of a uniformly high standard (apart from the abberant Arcade: Death Game, not written by series scripter Christos Gage).

The Avengers and the X-Men are having a major kick-off about the Phoenix, the cosmic star-guzzling entity formerly possessing Jean Grey. In the absence of any empirical evidence, the X-Men are taking the position that the Phoenix’s iminent return to Earth is a Good Thing, heralding it as some sort of Mutant Messiah, while the more fact-based Avengers, eyeing the Phoenix’s established body-count, are all, “Not today, thank you.” It leaves the two teams at violent loggerheads. To keep the kids out of the crossfire,  Logan’s school, the Jean Grey Academy, is billeting its young students at Avengers Academy, against their wishes, and the laffs and action are expected to ensue.

Well… there’s a bit. Most of the heroes being active in the ‘AvX’ battles, the two student bodies are left in the charge of Tigra and guest-lecturer Hercules. The latter provides most of the comedic moments, beginning by flashing the students while pontificating about the virtues of the original all-nude Olympics – as someone who was there! Tigra steps up admirably as Only Sane Man (well, woman) in charge of the asylum, and the interactions between the two student bodies are mildly amusing, though diluted by the fact that regular readers of Academy won’t neccessarily know who all the “New Teen Young X-Men Mutant Force” are, and we don’t really get given enough about them to give a stuff either way. Several, in fact, are never even given the narrative courtesy of being named, let alone their backgrounds or abilities disclosed.

Tom Grummett illustrates the primary tale, and again does well, helping out a rather thinner than normal script with some funny character moments that may well be all his doing. The volume concludes with a two-parter from later in the ‘AvX’ event, with Emma Frost, always good comedic value, doing her best demanding drag-queen diva act about the pet Sentinel of one of the background students, Juston. This gives rise to a one-page sequence between X-23 and White Tiger which is a real heart-puncher, muted only by the fact that guest-artist Timothy Green II is much more suited to action than ‘The Feels’, and somewhat pisses away the impact.

All told, not a bad volume, lightweight but entertaining. It’s just that by now we’ve been spoiled, and this particular book comes across as a bit of a ‘diet’ version.