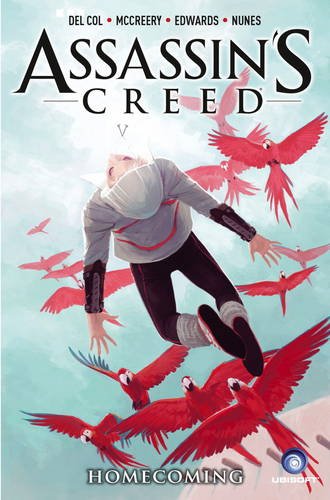 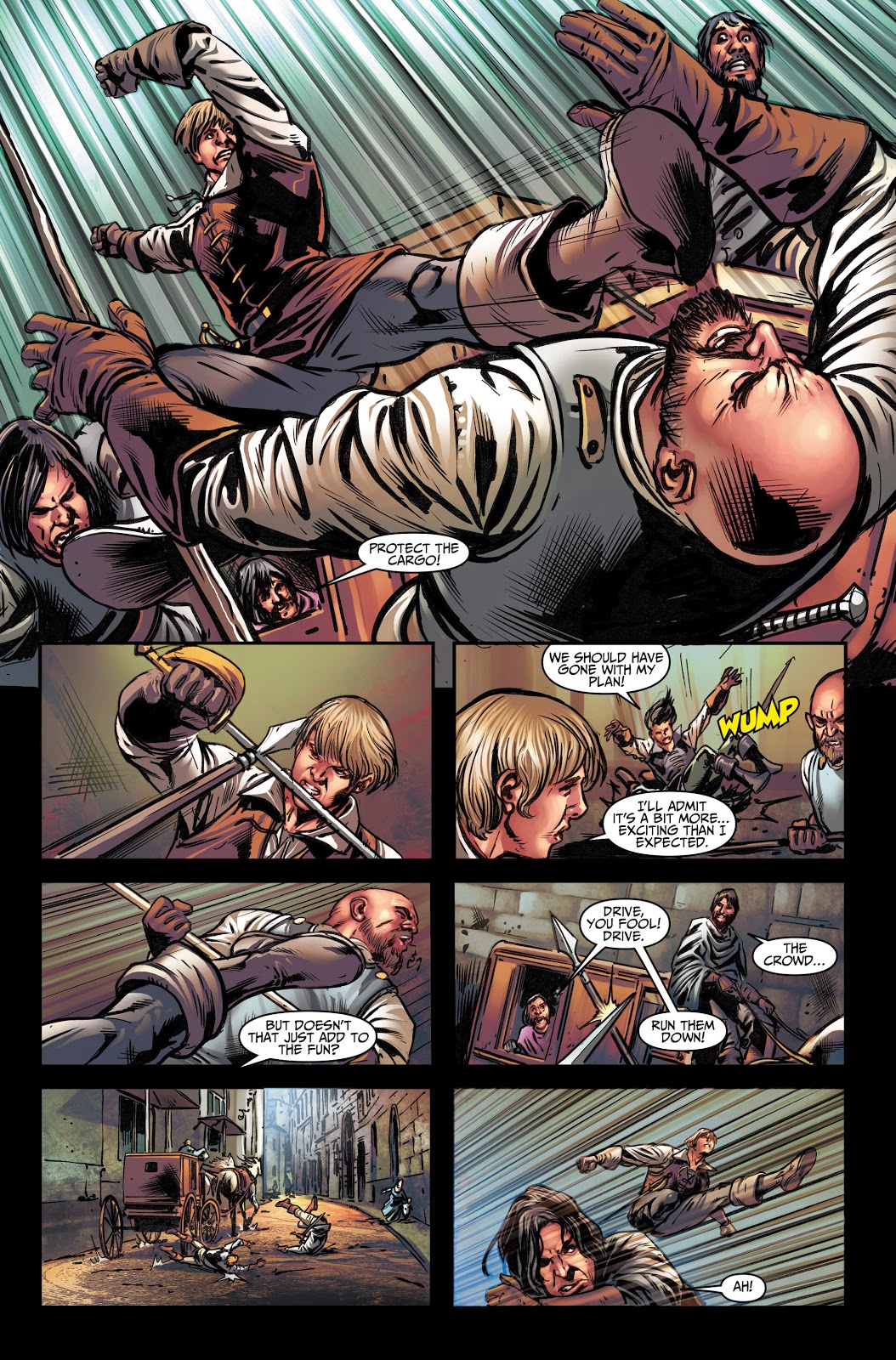 Charlotte de la Cruz has been on some journey of awakening since we first met her in Trial by Fire. She’s joined with the Brotherhood, learned to trust her instincts and taken journeys into the past to mentally occupy the bodies of her ancestors, The secrets learned in Setting Sun have brought her to Buenos Aires to meet a well concealed hacking organisation, yet the first person she meets is her grandmother. Charlotte’s narrative about her past accompanies a blistering disagreement about the future of the hacking collective.

The short review is that the writing team of Anthony Del Col and Conor McCreery, and artist Neil Edwards conclude their Assassin’s Creed trilogy thrillingly, meeting all expectations. They broaden the present day experiences by separating the trio forged together at the start, with the warrior Galina sent to Somalia on some unfinished business, while in two locations dangerous people who we might have presumed to have served their purpose earlier in the series reappear. What’s done with them is unpredictable.

For the third time Edwards delivers everything we’d want, be that in the past or in the present. A visual motif is needed, and that’s nicely provided, simultaneously simple and effective. That applies to his art overall. There’s no great flourish to anything, but there’s never any confusion, never any cause to wonder about what’s happening, and it’s always possible to tell how people make it from one place to another.

Everything eventually distils down to trust. How much can Charlotte trust even her grandmother, and should she prioritise her instincts over the great experience of others? Not all the earlier Assassin’s Creed graphic novels were sparkling, but the three volumes by this creative team are all satisfying. Anyone wanting to follow Charlotte’s later adventures is directed to Assassin’s Creed Uprising: Common Ground.