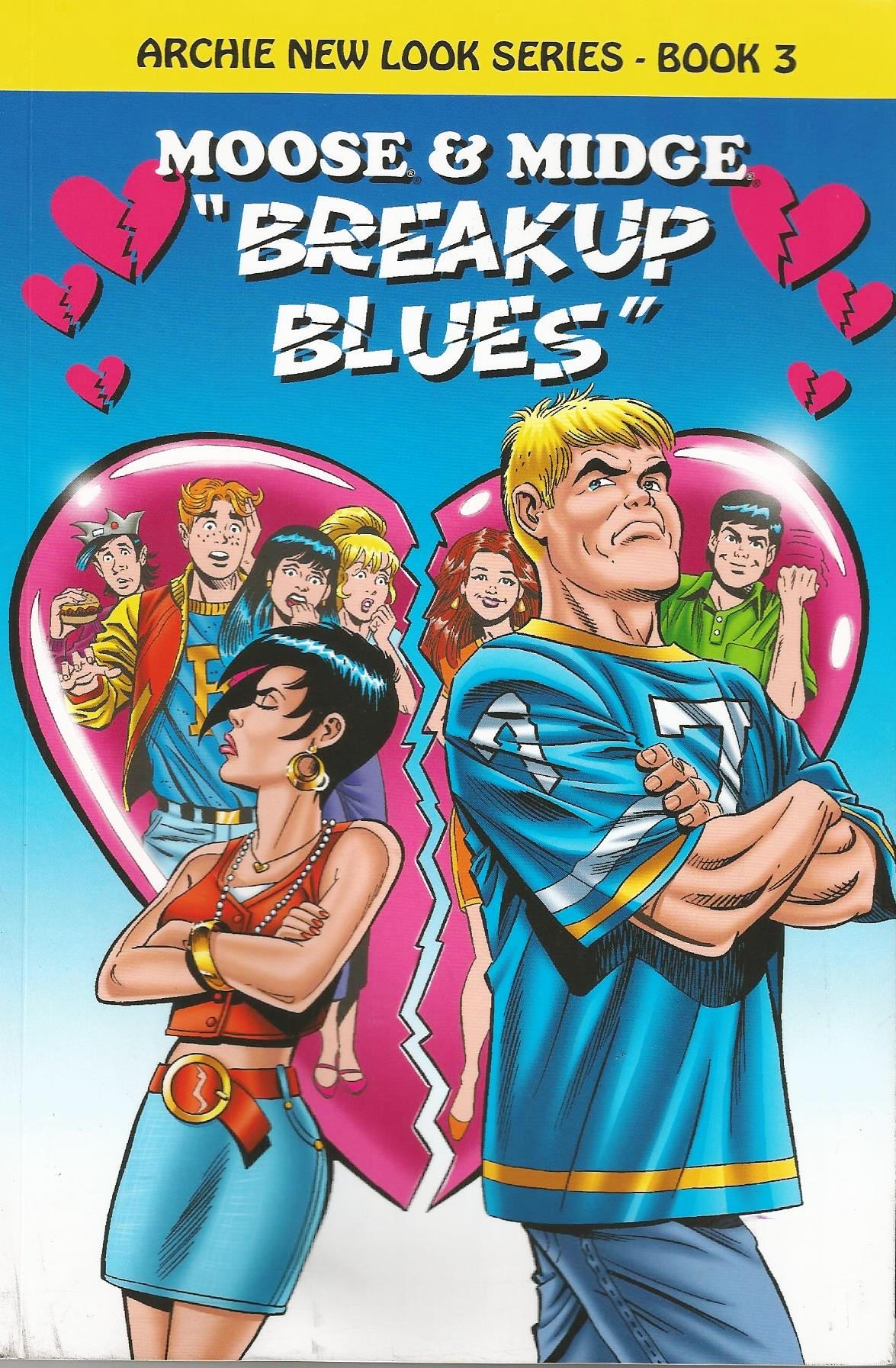 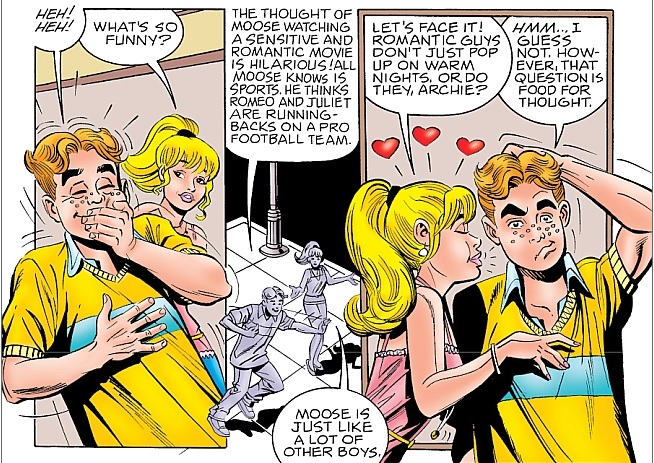 This is, as its title implies, the third in Archie Comics’ ill-fated attempt at giving a more realistic look to the beloved archetypes – some would say stereotypes – that had peopled the fictional town of Riverdale and its environs for decades. As with previous volumes in the series, this ‘New Look’ story had been serialised in four issues of an Archie Digest title before being collected in paperback format.

Oddly, this story focuses on two minor players in the Archie ensemble, Moose Mason, dumb-but-sweet jock at Riverdale High, and Midge Klump, his long-standing and long-suffering girlfriend. Following yet another demonstration of Moose’s insane jealousy of any male who even talks to Midge, she decides to start dating other boys. The fact that she does it behind Moose’s back is one tactical error, and the second fatal flaw is her choice of date; Reggie Mantle, obnoxious and egotistical, and the closest the traditional ‘Archieverse’ has to a bad guy.

Needless to say, Moose finds out, and the tensions escalate to a very heated and very public split for the couple, and the rest of the narrative involves their attempts to find some happiness by dating others, while Archie, Betty, Veronica, Jughead and eventually even Reggie run around trying to reunite the two. Scripter Melanie J. Morgan turns in tolerable light teen soap opera with the occasional dash of slapstick, and Tod Smith and Al Milgrom creditably translate the familiar faces from broad cartoon to a straight illustrative style.

It’s nice to see two of the bit players under the spotlight, but while competent and inoffensive, it’s unremarkable. 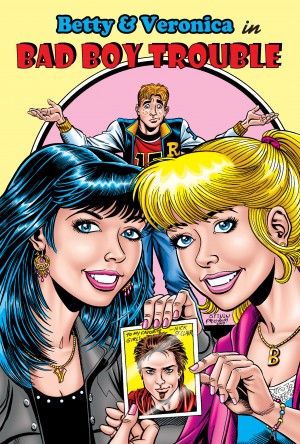 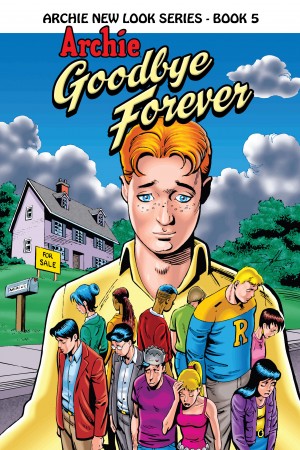 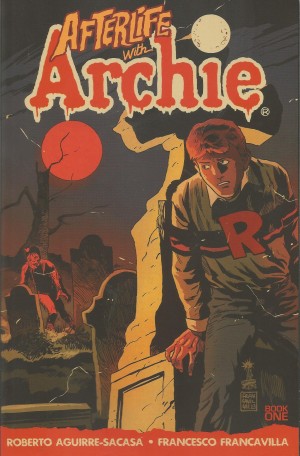 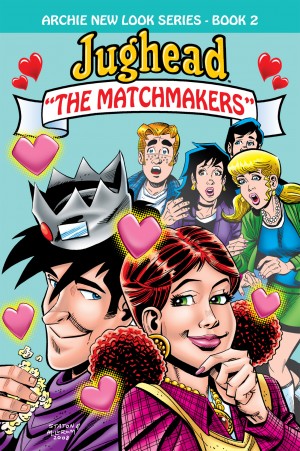