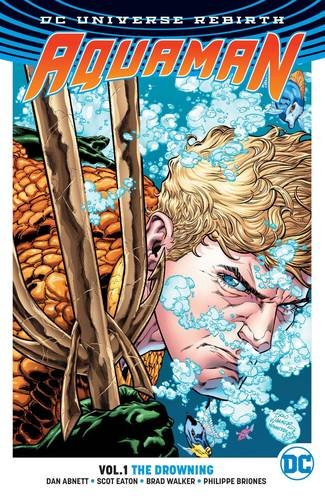 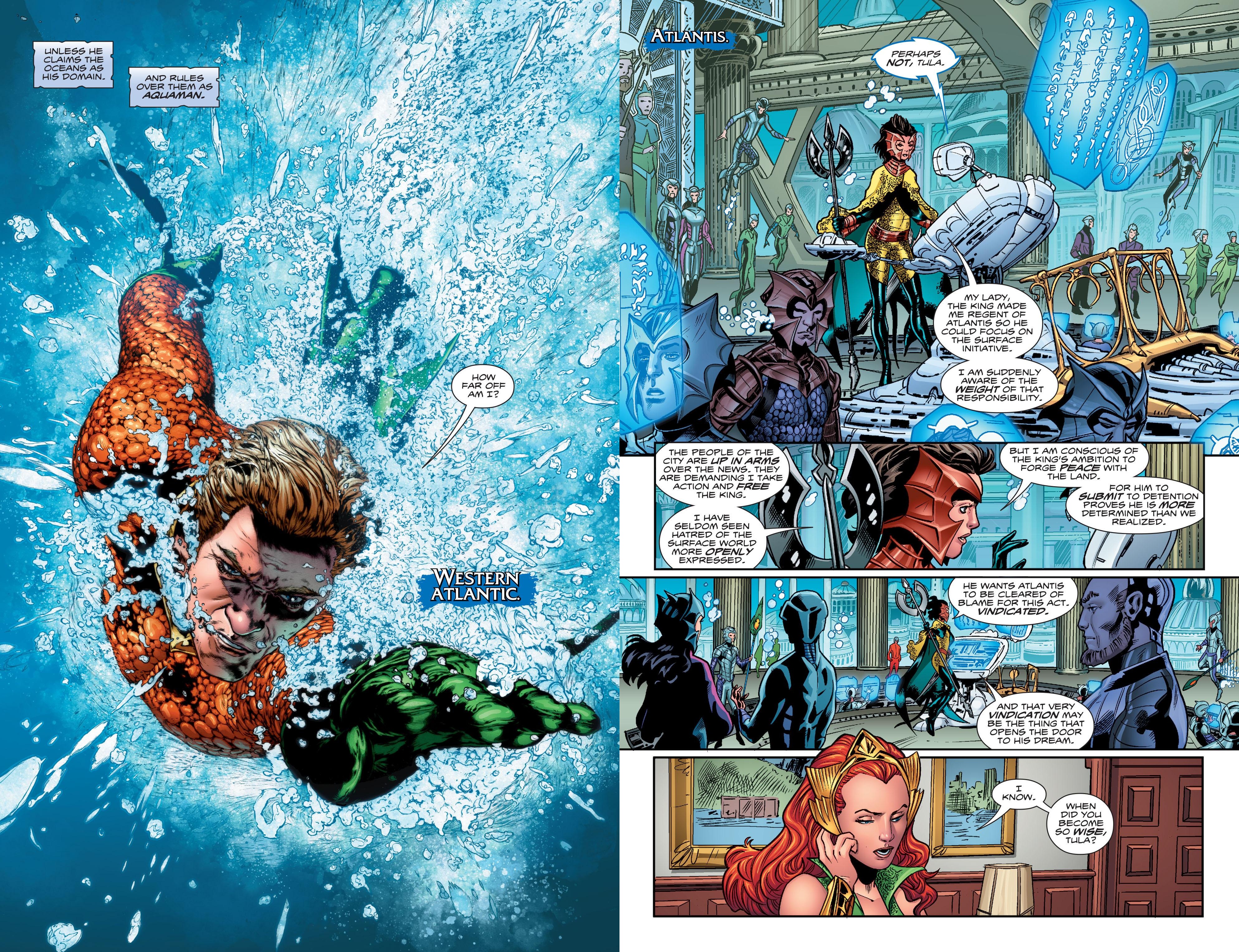 Why is it that Aquaman is so frequently considered a joke superhero? As Marvel have proved for several decades, a guy ruling an undersea kingdom able to control marine life can be one hell of a character when handled correctly. And here’s the thing: there have been a few mis-steps, but for the most part in the 21st century Aquaman has been handled correctly. The Geoff Johns written material was good, a rare highlight among the ‘New 52’ re-boots, and Dan Abnett has run with some of those themes, and introduced more of his own for a thoroughly engaging superhero title. He addresses the idea of the joke in his opening chapter.

Abnett instantly emphasises that Aquaman’s remit, the oceans, cover two-thirds of the planet, and also draws early parallels with the problems faced by the world above the surface via a destructively xenophobic group of Atlantean terrorists. Other comparisons follow, and so much else is good. For instance, in an era when writers all too often think of four or five graphic novels as a TV season and slow their plots accordingly as they build toward a major confrontation, Abnett pleasingly deals with the big menace of Black Manta three chapters in, and in novel fashion. Much of The Drowning has a political focus. Being half human himself, Aquaman desperately wants peaceful co-existence between humanity and the sub-sea world, but others on both sides stand to benefit too much from that never being achieved. The plot escalates tensions, with Aquaman caught in the middle.

It raises interesting questions about one man, even a king, being held responsible for the actions of his entire population, and Abnett hasn’t a very sympathetic view of US authorities acting in an even-handed manner. On the one side Aquaman is considered behind attacks he was nowhere near, and yet an American citizen causing immense damage to the Atlantean embassy is enough to have Aquaman’s diplomatic privileges revoked.

Unfortunately, as with so many DC Rebirth titles, there seems to have been an acceptance that no artist can illustrate more than three consecutive episodes, so we have a rotating cast of them over seven chapters. Starting artist Scot Eaton (sample spread left) and Philippe Briones (sample spread right) are the best of them, although that’s only slightly as there’s little wrong with the contributions of Oscar Jimenez and Brad Walker. Briones in particular manages to combine arresting page layouts with considerable detail, and still startle with the single large image.

By the end of The Drowning, Abnett’s done his job well, surely far exceeding the expectations of anyone who read his conclusion of the ‘New 52’ version in Out of Darkness. He and the artists provide several big cinematic moments, and a situation that began as dicey has deteriorated considerably. And that’s with minimal involvement from Black Manta, but his progress has been monitored, and there’s a reason for the next in the series being titled Black Manta Rising. 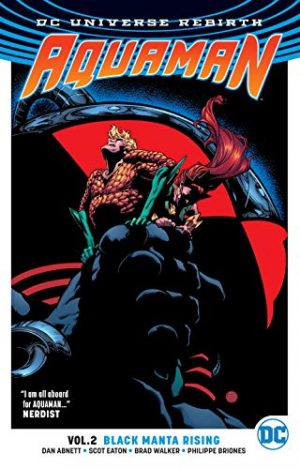 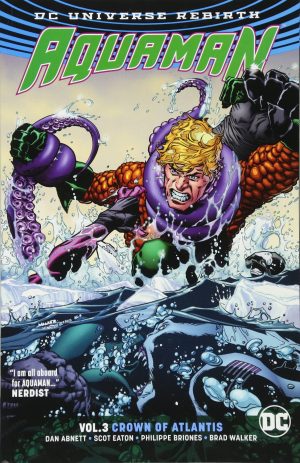 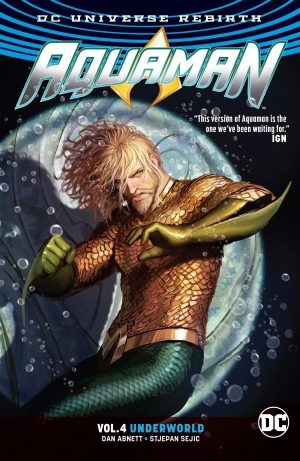 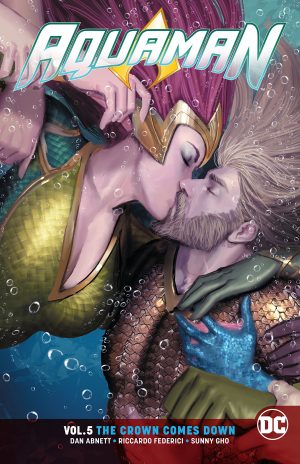