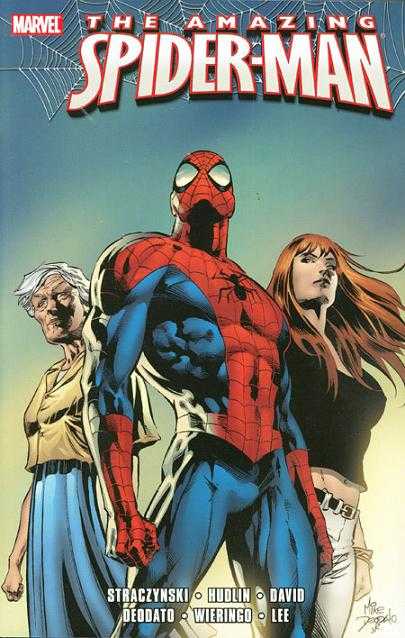 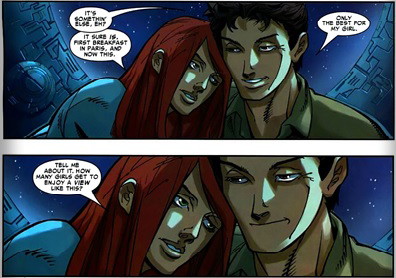 The Other forms the bulk of this volume, and it’s a problematical story fatally flawed by the use of three different artists with very different styles. Mike Deodato continues with the naturalistic methods he’s throughout J. Michael Straczynski’s Spider-Man run, Pat Lee relies on pseudo-animation shortcuts and Mike Wieringo has a cartoon exaggeration to his work. There’s no editorial attempt made to enforce a visual consistency, so May Parker appears as three different women. That may be acceptable over three different stories, but isn’t within a single one.

Writers Peter David, Reginald Hudlin and Straczynski mesh a little better, over a plot in which Spider-Man is both physically and figuratively reborn. Guest stars galore accumulate, and there are many fine individual moments, but they’re undercut by a substantial number of inexplicable or dropped story elements. In Coming Home Morlun was an implacably terrifying foe, but here many of his initial signifiers are unaccountable, and his eventual defeat mundane. Perhaps the transformative elements can be taken on faith in a universe where Asgardian Gods walk the planet, but surely it’s not faith that heals a broken arm between chapters.

The narrative purpose of the entire story is to re-establish Spider-Man as a more totemic entity embracing the spider elements of what he’s become. In the short term his abilities were enhanced, but they’ve been largely ignored since. The better moments are all briefer sequences. Among them are a memorably sarcastic cameo for Leo Zelinksy, last seen in Happy Birthday, Mary Jane dealing with a pushy fan in a bar, new villain Tracer, and the Aunt May scenes written by Straczynski.

Far better are the chapters with Spider-Man and cast moving into Avengers tower. The interaction of May Parker and Mary Jane with the heroes there is particularly well worked, as is the re-establishing aspiring world dominators Hydra as a credible threat. Straczynski dispatches the old elite with little sentiment and spends considerable time on the new organisation, their plans and their replica Avengers, all meticulously illustrated by Deodato. The final sequence of Spider-Man disarming a missile is both frightening and compelling.

The material here was previously available as Spider-Man volumes titled New Avengers and The Other, and given the proportional difference between the cover price of this collection and their availability the curious are directed to the individual collections. 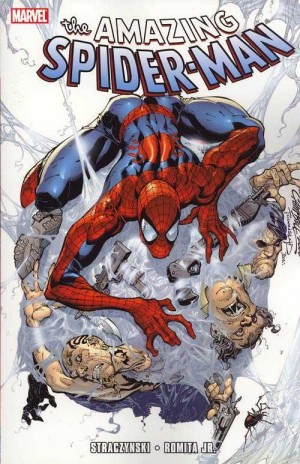 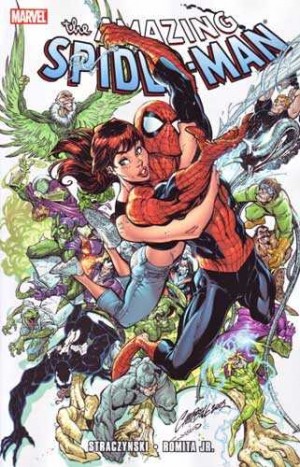 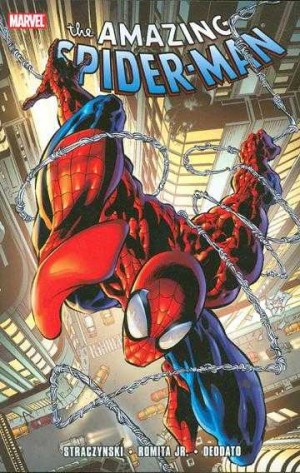 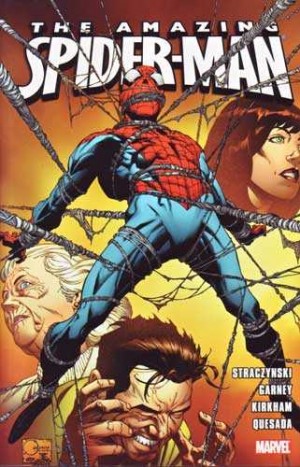