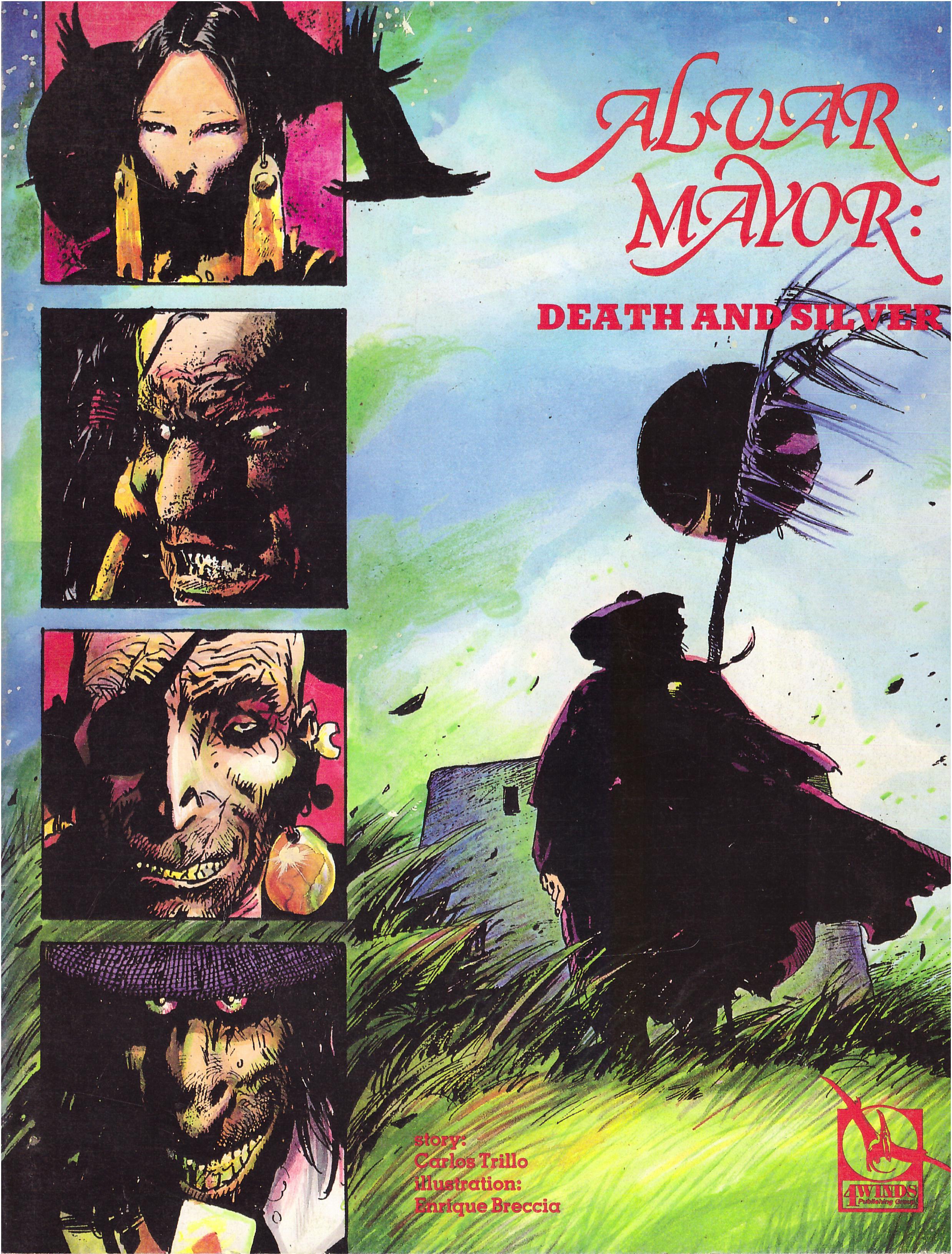 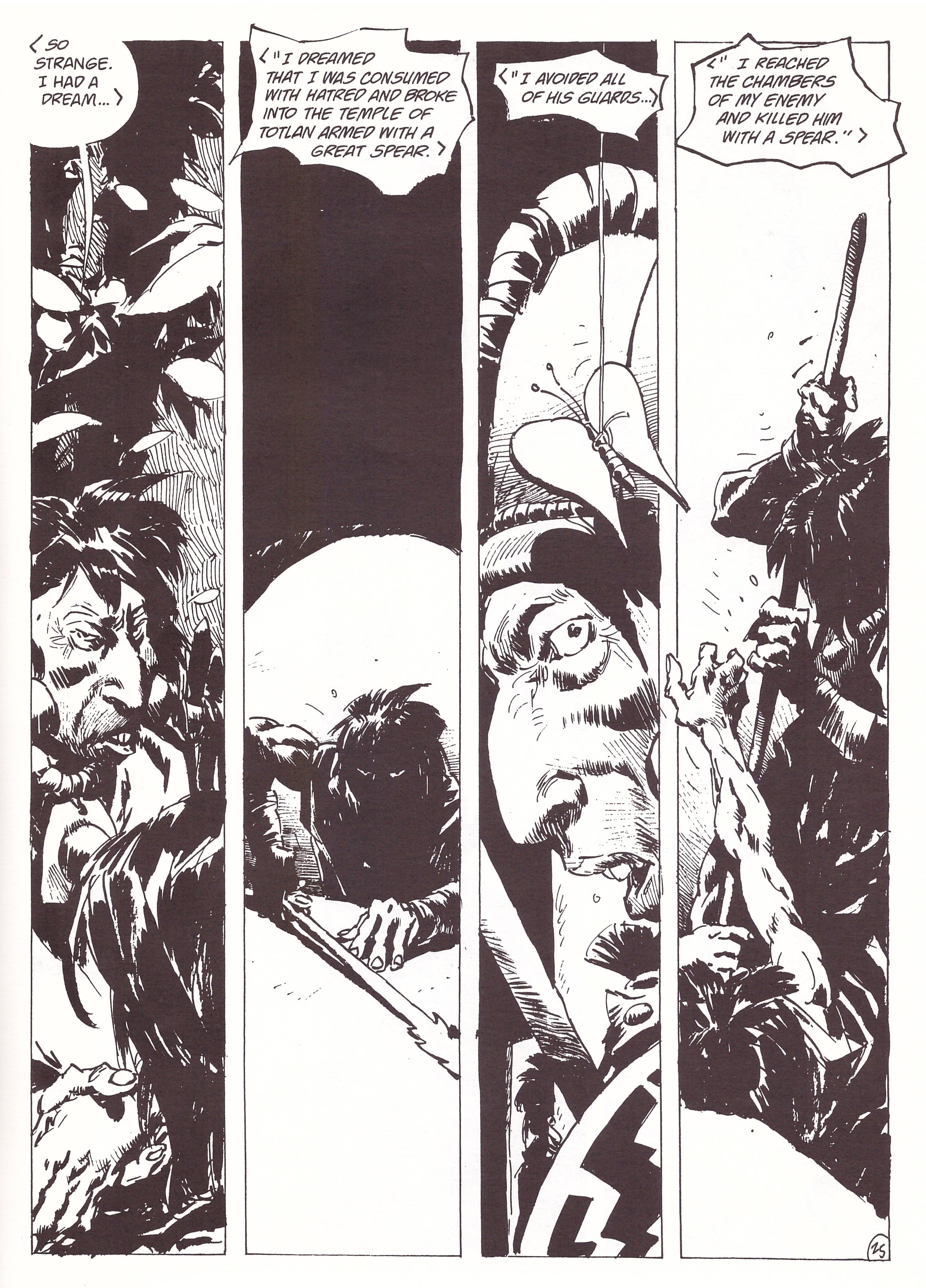 The 21st century has seen a wealth of foreign language comics finally translated into English, the reason for their high regard conveyed to a new audience, but the superbly crafted adventures of Alvar Mayor seem to have missed the boat. Death and Silver is their sole English appearance, presenting only four of the 57 stories created by the Argentinian creative team of Carlos Trillo and Enrique Breccia between 1976 and 1983.

Alvar Mayor wanders South America during the 17th century Spanish conquest, having deserted his own people, yet seen as representing them by most he meets. He’s on a quest for answers, but his journey encompasses the stories of others, often featuring spiritual elements, and as such there’s a connection with the early 20th century wanderer Corto Maltese, equally one to keep his own counsel. All we learn of him is via his dialogue, his deeds and the way he’s perceived by others.

The immediate impact is made by Enrique Breccia’s astounding art, a collection of ambitious compositions, equally considered page layouts and beautifully defined characters, richly designed and emotionally resonant. Breccia drenches his panels in black ink, not afraid of the darkness, and making good use of it. Sadly, some reproduction lacks the necessary oversight, resulting in some pages losing their detail in muddy smudges. Still, with this about the only work of Breccia’s translated into English, beggars can’t be choosers and his prodigious talent shines through.

Trillo seemingly constructs a cast around a theme, using the setting to hang any kind of story he wants to tell. The four here encompass the strange magic of dreams, the redemption of a life not well lived, the power of beauty and how past legend can inspire. In each case the apparent simplicity belies a turbulent undercurrent where much can be supposed. For all the use of superstition among the native people, Trillo doesn’t belittle unconventional beliefs, embracing them for atmospheric effect, their mysticism adding an eerie poignancy to the tale of dreams in particular. He uses Mayor as a myth, especially in the final story of a community he once saved from raiders by organising them, and trickery has a recurring place.

Copies of Death and Silver are available at ridiculously low prices online, and any lover of quality comics needs to have one if they don’t already. 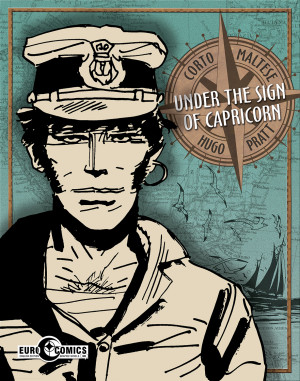 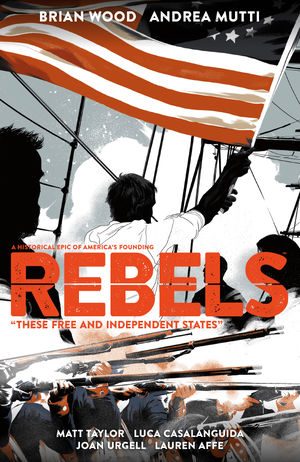 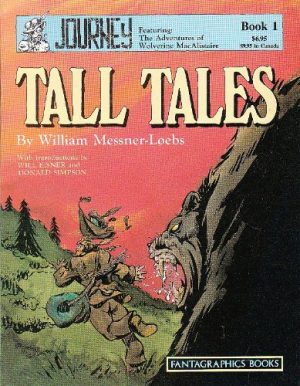