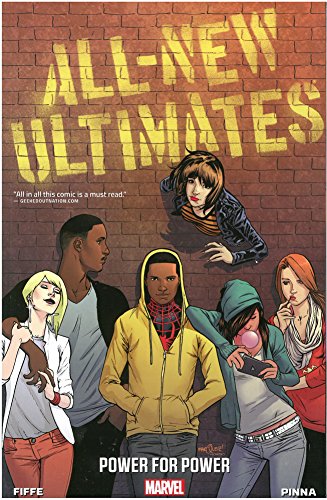 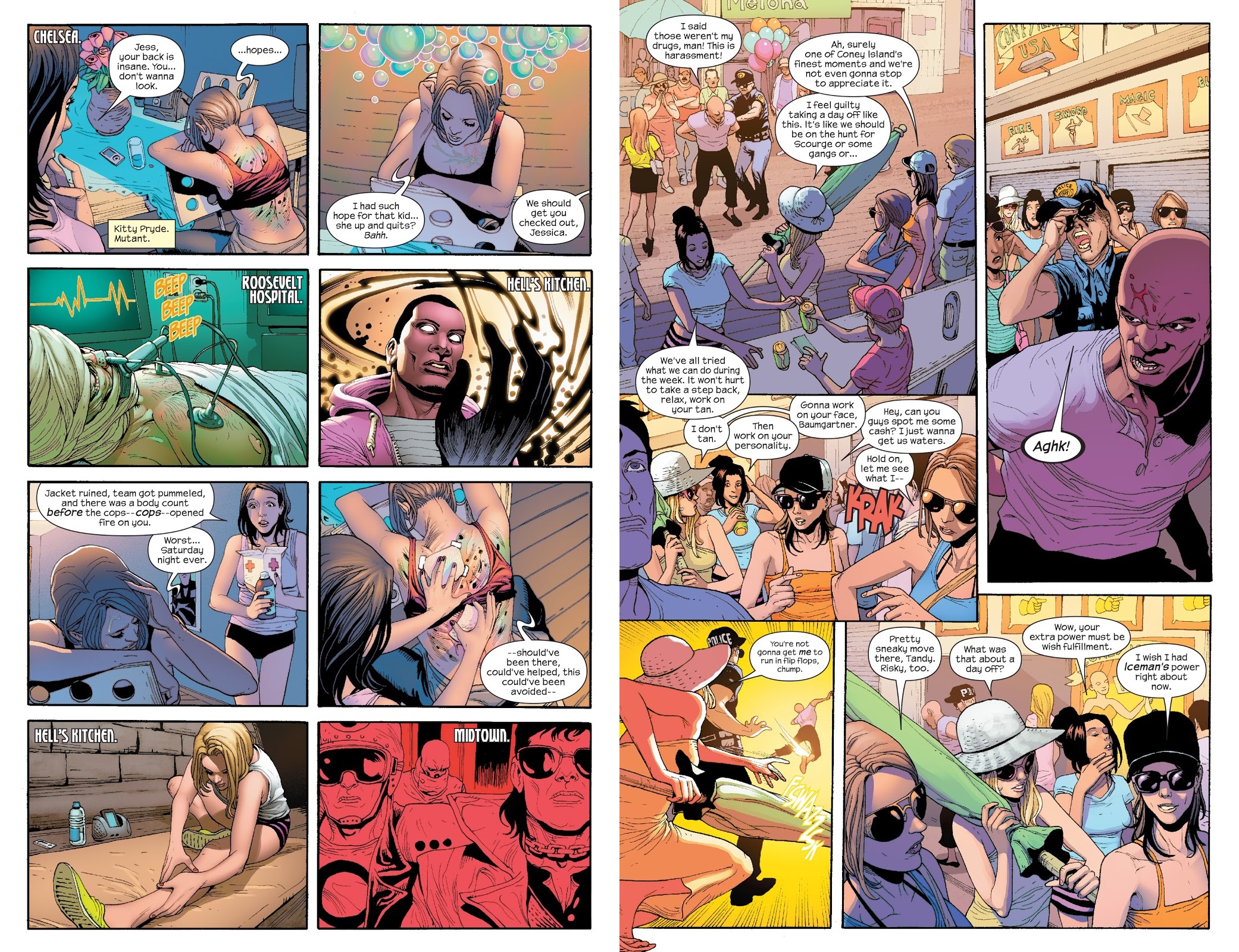 What connects the five heroes united as the All-New Ultimates is that all have powers due to being subjected to experimental drugs against their will. It provides motive enough for a campaign and the premise proved strong enough to sustain two graphic novels before Marvel closed down their alternate ‘Ultimate’ universe. At this point Jessica Drew, more commonly Spider-Woman, is calling herself Black Widow, and she’s allied with Bombshell, Cloak, Dagger, and the Miles Morales version of Spider-Man. Kitty Pryde is also featured, but she’s keeping a low profile, acting more as a civilian supporting character.

The featured heroes are all at the younger end of their teenage years, groping around for an identity and still finding their way between logic and emotion in their responses. It’s a facet that Michel Fiffe brings out well, and he’s obviously enjoying toying with alternates of the regular Marvel universe, this extending to the villains. The analogues of Captain America’s daft foes the Serpent Squad are the Serpent Skulls, still with powers and identities from assorted snakes, but operating as a drug-dealing gang. Another Captain America foe also makes his Ultimate appearance, Scourge, killer of second-rate villains. Fiffe’s storytelling is little more complicated than usually seen in a Marvel superhero title for teens, making few concessions by jumping from location to location to location over series of connected panels in order to follow a broad cast of heroes and villains. Thank goodness for the clarity of Amilcar Pinna’s art and the subtle colouring of Nolan Woodard to guide us through.

Pinna’s more than a bastion of clarity. There’s a wealth of detail to his pages, because he puts in the work to ensure we can believe the New York the cast inhabit, along with its buildings, its streets and its people. Beyond that he supplies some great action scenes. A spread consisting of four half pages showing members of the Serpent Skulls taking on other gangs single-handedly is especially memorable.

Fiffe’s method of ensuring almost the entire cast end up in the same place for the finale is well devised, and by that point he’s established how most of them are, although Cloak and Dagger still need some work. Power for Power is solidly entertaining, and there’s more to come in No Gods, No Masters. 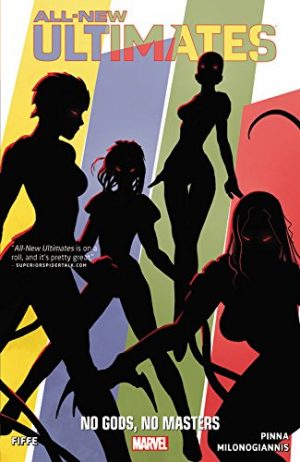