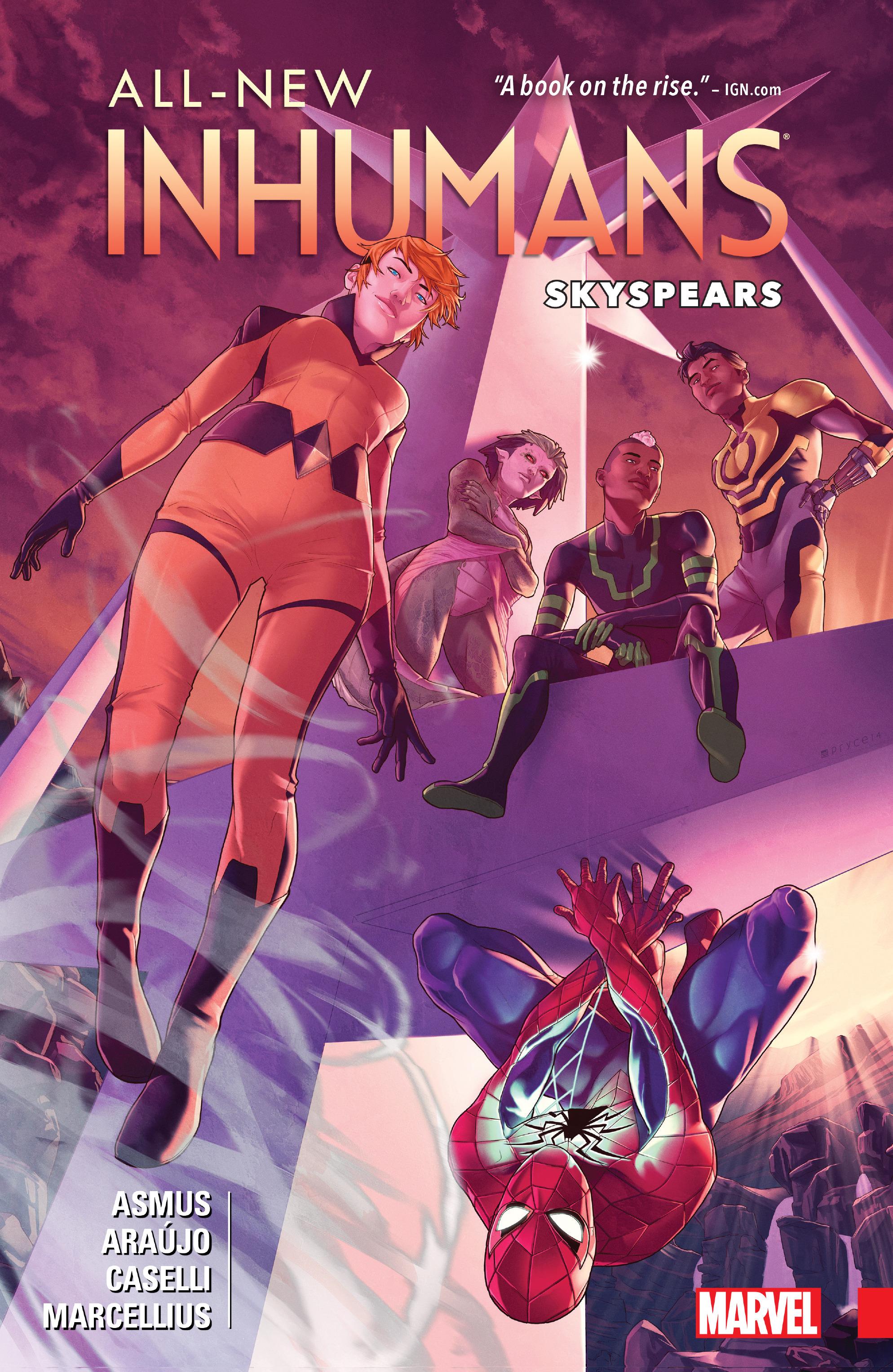 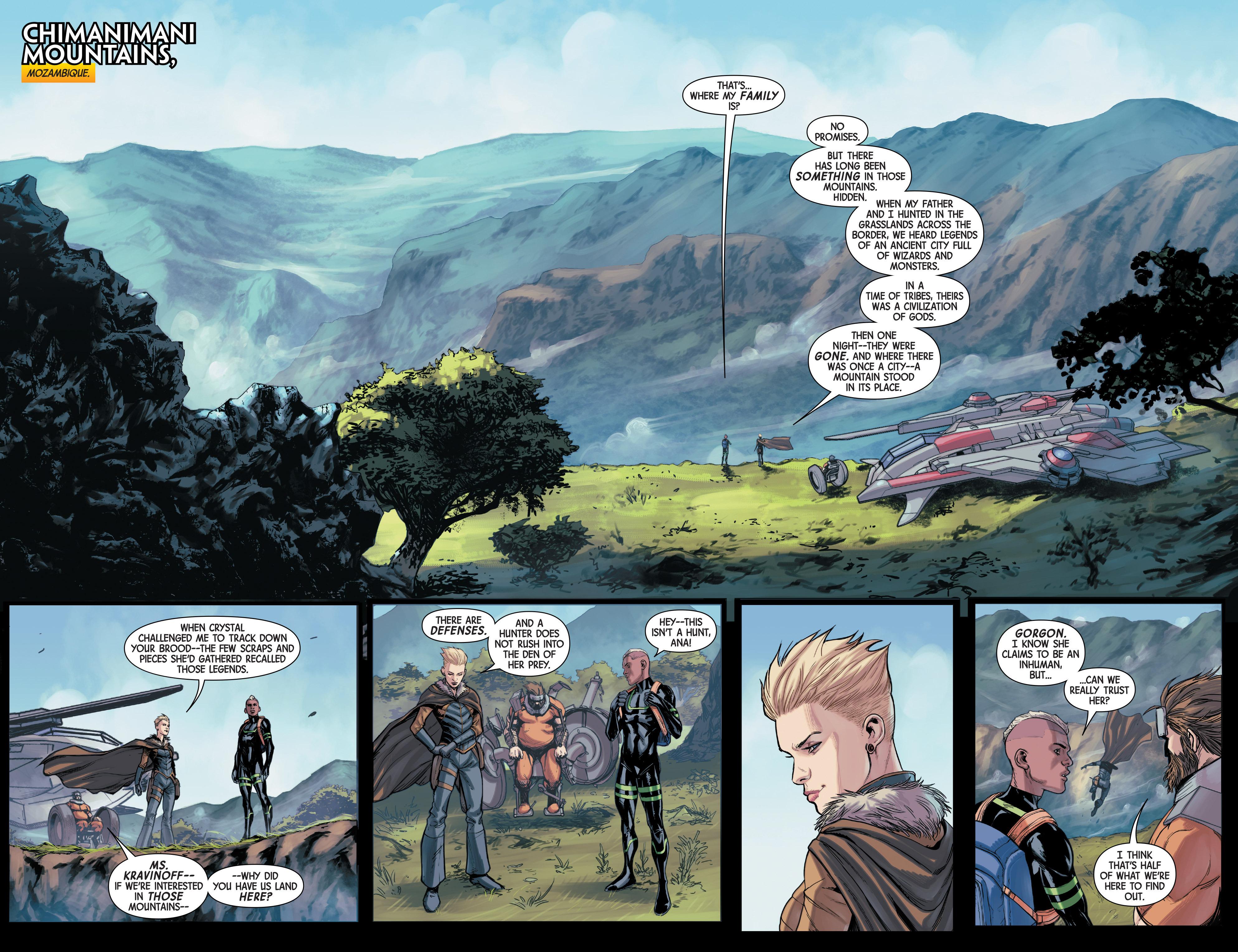 This second volume of All-New Inhumans improves considerably on the introductory content of Global Outreach. The ideas are better and the execution is better, and seeing as only one writer is credited for the work it seems jettisoning Charles Soule and leaving matters to James Asmus was what was needed.

The skyspears of the title are interesting devices whose origin and purpose is unrevealed by the end of the book. They’re giant structures that arrive from space to embed themselves in areas around the globe, and it’s been ascertained that they have a connection with the Inhumans. Also investigated is a society in Africa that disassociated themselves from the Inhumans centuries previously, and who don’t necessarily develop super powers. These three chapters set in Utolan are the heart of the book, and provide a lot more life to the previously sketchy Jaycen, a NuHuman created for this title. He’s among the Inhuman trainees, and Asmus drops a weighty load on his shoulders. Asmus also escalates a schism between those living in Utolan, divided by beliefs that seem to have no common ground. Introducing a new character to accompany Gorgon and Jaycen on their excursion may appear gratuitous, but Ana is interesting and serves a purpose that ties into events well.

Stefano Caselli (sample art) illustrated all of Global Outreach, and is the standout artist here with accomplished storytelling, good visual characterisation and excellent layouts. Roald Marcellius on the final chapter is also good, with a more stylised method to his art. The weakest illustration is by André Lima Arújo on the opening chapters. The action, the figures, the detail… it’s all there, but he draws the entire cast as if young teenagers. Some of them are meant to be, but Spider-Man resembles a child in a play suit.

While a great improvement, there are still downsides. Asmus’ dialogue is sometimes a little too glib. He can’t sacrifice a good line for the sake of naturalism, and some aspects just don’t ring true, particularly Crystal’s sitcom relief turn in the final chapter. It contrasts the heavier interaction Gorgon’s having, but has the wacky dial turned up too far. On the plus side, there are definite attempts to shake the tag of being ersatz X-Men. However, market forces determined a single Inhumans title was enough, so the fate of these characters play out in Uncanny Inhumans.

Extras included in the back of this collection are the script Asmus wrote for the opening chapter, and plenty of character design sketches and layouts. 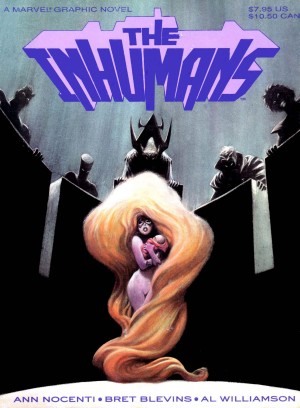 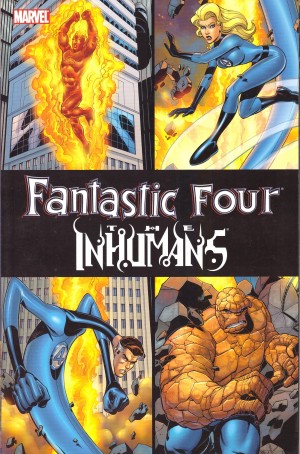 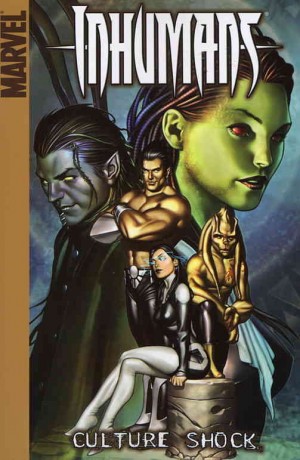 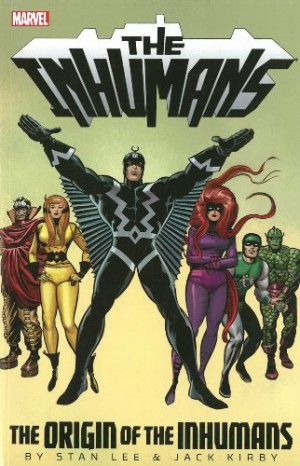