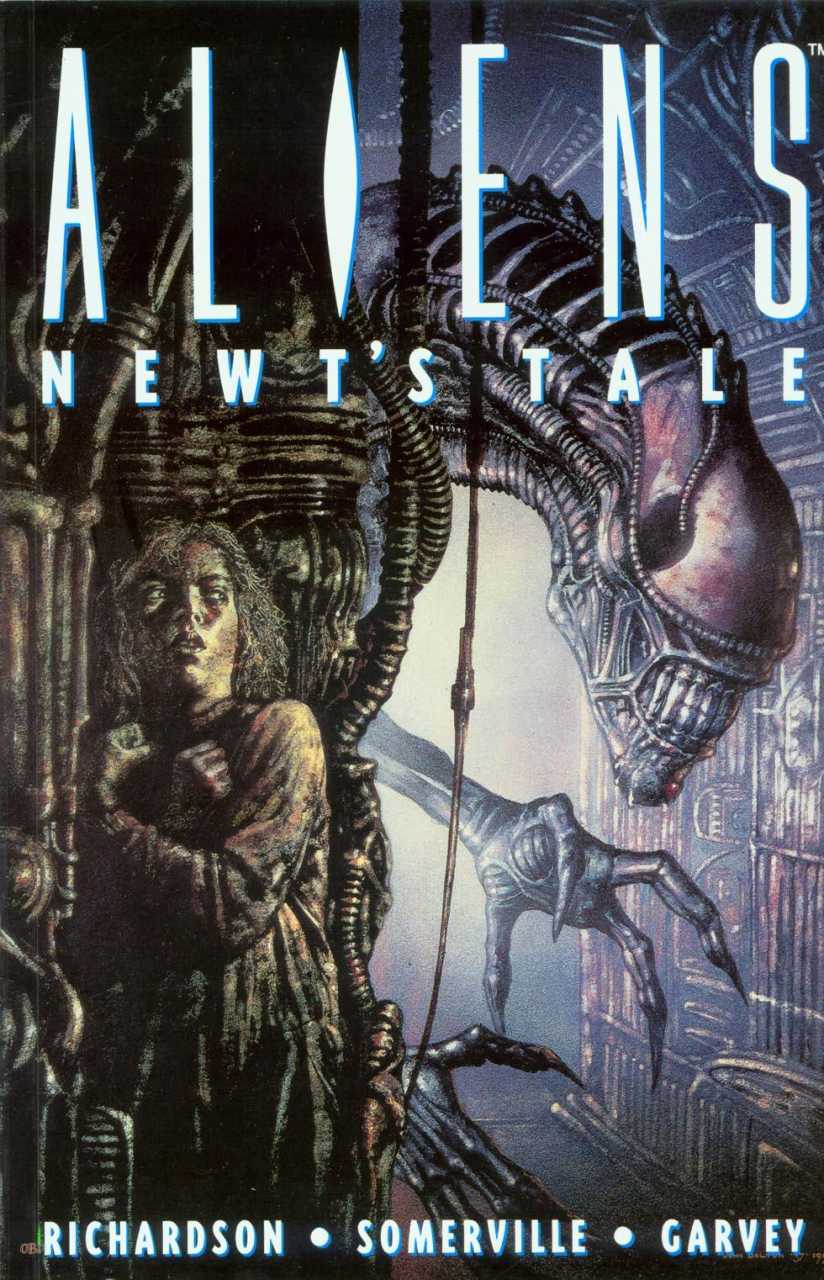 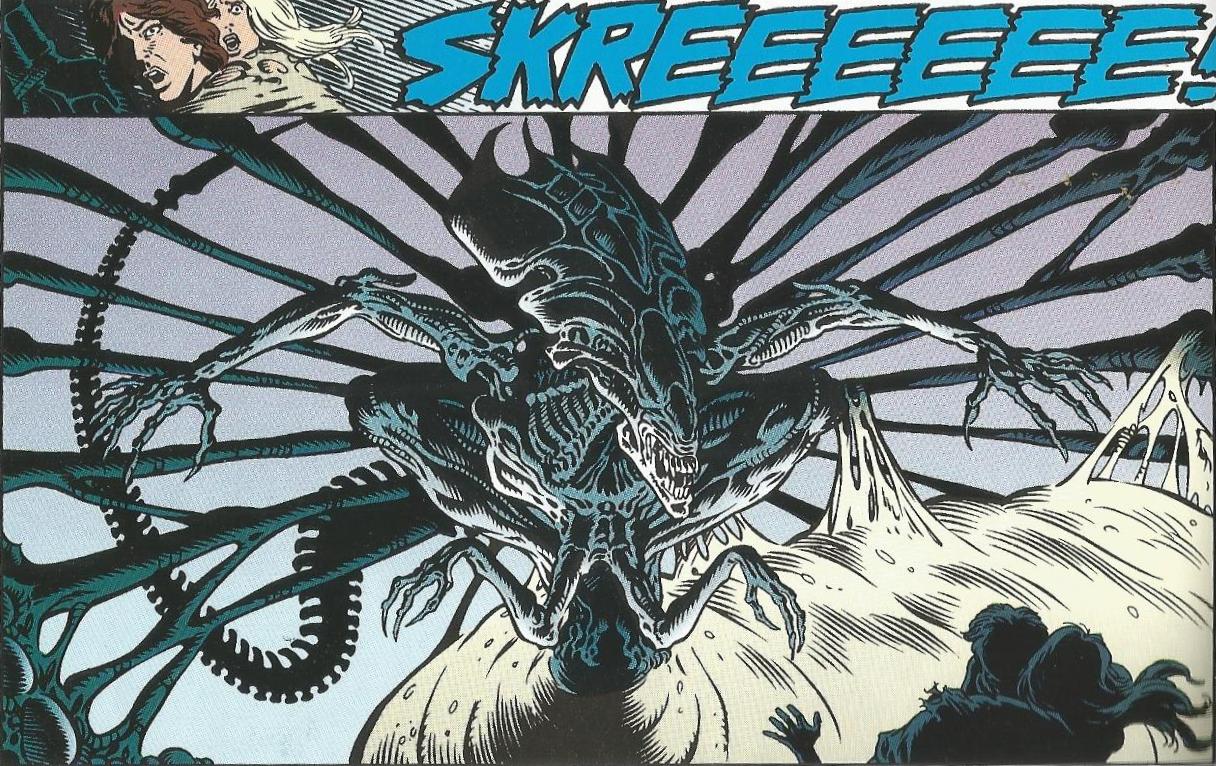 This extension of the popular franchise focusses on the child from the second Aliens movie, Newt, who was rescued from certain death by Ripley, to be taken away to – well, certain death, as it turned out, as was revealed (rather dismissively) in Aliens3. Oh, come on. If you’re interested enough to read a review of the comic, you’ll have seen the movie, don’t give out with that po-faced “Spoilers!” expression…

Nine-year old Rebecca Jorden, a.k.a. ‘Newt’, is the sole survivor of the LV-426 colony when it is overrun by the acid-spewing Giger-designed Aliens from the successful 1979 movie. By stealth, cunning and luck she has managed to get by in hiding, but each day, the odds against her survival grow shorter.

Serendipitously, Lt. Ripley, heroine of the first film, is found in stasis by a salvage team, a scant 57 years after the end credits rolled. Notwithstanding that the only humane course of action would be to pension her off, she’s the only game in town when it comes to having knowledge of these beasties, so she’s immediately sent out to LV-426 – together with a contingent of marines who really ought to be wearing red shirts – on a rescue mission.

Writer Mike Richardson gives us enough pre-story to Newt’s tale to make us care for the character, giving us her family background, and showing the first wave of the Alien incursion, which was all done and dusted long before the movie started. When Ripley and Co. come onto the scene, it switches into uninspired movie-adaptation mode, and the necessary constraints of condensing a full-length feature mean that any pretence of nuance skitters away.

The art team of Jim Somerville and Brian Garvey seems uninspired, turning out flat, dead pages that transmute the tension and suspense of the film into a narrative with all the vitality of a visit to an elderly relative.

The timing of the release of Aliens3 is close enough to the release of the original comics to suggest that the ending of this story may have been last-minute, after disclosure to Dark Horse from the licencors. In any event, it adds a coda of poignancy to what is otherwise a very pedestrian affair.