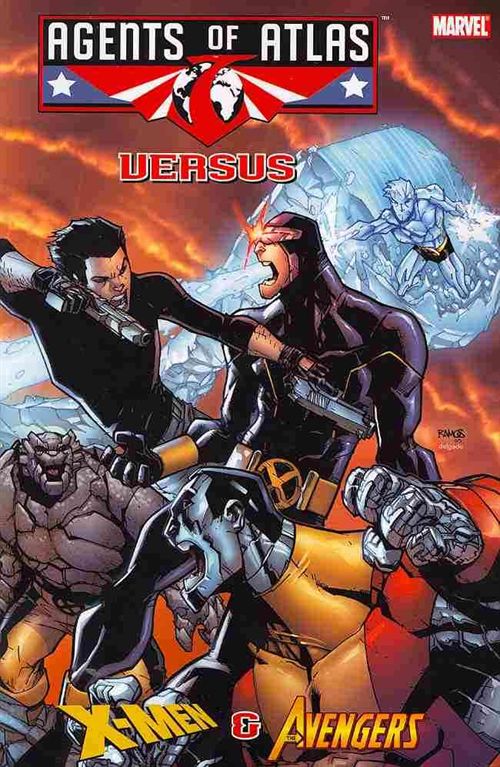 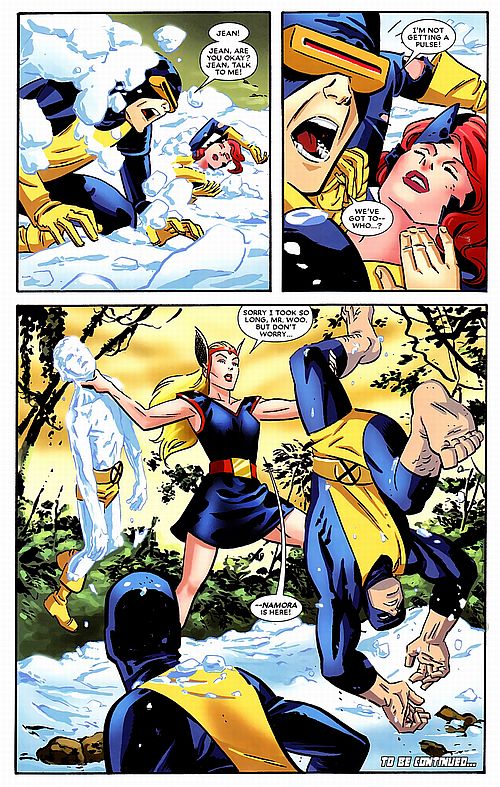 The fourth Agents of Atlas collection is a mixed bag, It contains two story arcs where the Agents meet and fight first the X-Men then the Avengers, and the book sees little character development or storyline advancement, contrary to the previous volume in the series.

The first story is only two chapters, but is the more interesting one. Writer Jeff Parker builds a solid reason for the conflict to happen: Venus has disappeared and Marvel Boy determines that the mutant-detection technology the X-Men own should help him locate her. Since Atlas is still seen as a criminal organisation (see here why), Jimmy Woo decides to steal Cerebra. Fortunately for both teams, there’s someone who knows and trusts everybody involved: Namor, now a card-carrying mutant.

Carlo Pagulayan produces his usual solid, realistic work, while Chris Samnee comes aboard for one of the 1950s sequences used to retrofit the team in Marvel history. The sequence plays with the reader’s expectations, as the Agents meet (and fight) the original X-Men. At this point, the reader’s inner fanboy begins to mentally shout at the writer: But the Agents were only active in 1958 and the X-Men didn’t appear before 1963 (or even later in current continuity)! Calm down and keep reading, inner fanboy, for Jeff Parker has done his homework: Things are not what they seem.

Even in such a short, conventional story, Parker has fun, tinkers with his own formula, and even sneaks in a reference to one of his X-Men: First Class stories. Samnee is drawing the sequence doesn’t hurt at all. Utilising the more cartoony aspect of his style, Samnee is perfectly at ease in the time period and his characters feel like younger versions of their current incarnations (see the illustration).

The only part advancing the overall story is at the end, when Gabriel Hardman shows us what happened to Venus. It is steeped in the history of the character and is resolved in the next volume.

The Avengers story is double the length, possibly to account for even more fighting. A time anomaly appears, drawing the attention of both the Avengers and the Agents. When the Avengers are caught in the anomaly, they revert to their younger selves–or more interestingly, to a version of the team closer to the original one. Much conflict occurs between that old (well, younger) team and the Agents before they decide they’d better collaborate, as superheroes are wont to do.

Once more, the story is light on characterisation, but Jeff Parker has imagined a fun time-twister linked to old Avengers history that should grab the reader’s attention, in a purely entertaining way. Agents of Atlas has been a history-linked series from the start (the same way the Invaders series have been, for example) and it feels true to have a meeting between the teams that refers to the first year of Avengers comics, back in 1963. It can be noted that this story also feels like a mirror image of the story from the Dark Reign volume, when the 1950s Agents met the current Avengers. Though this time, it’s Gabriel Hardman responsible for the art, ensuring a very pleasant and dynamic read.

Vs. is the most traditional superhero volume of all the Atlas series, but those stories were conceived in the hope of catching more readers. It didn’t work. The Agents would be back for one final volume. Before that, two characters would get a solo story: Marvel Boy and Gorilla Man.