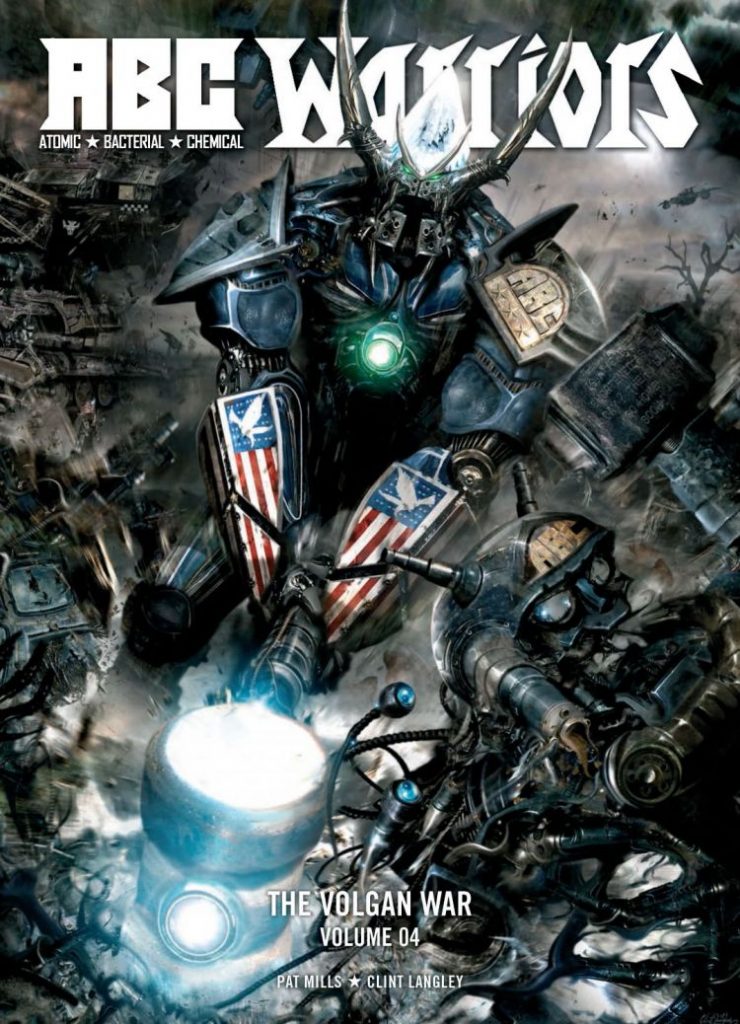 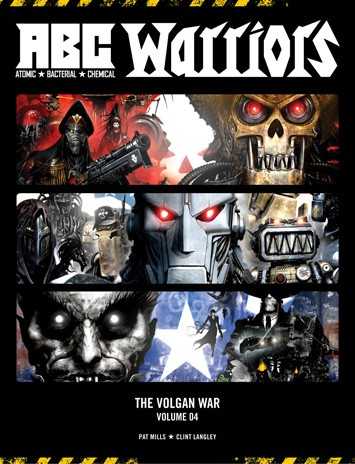 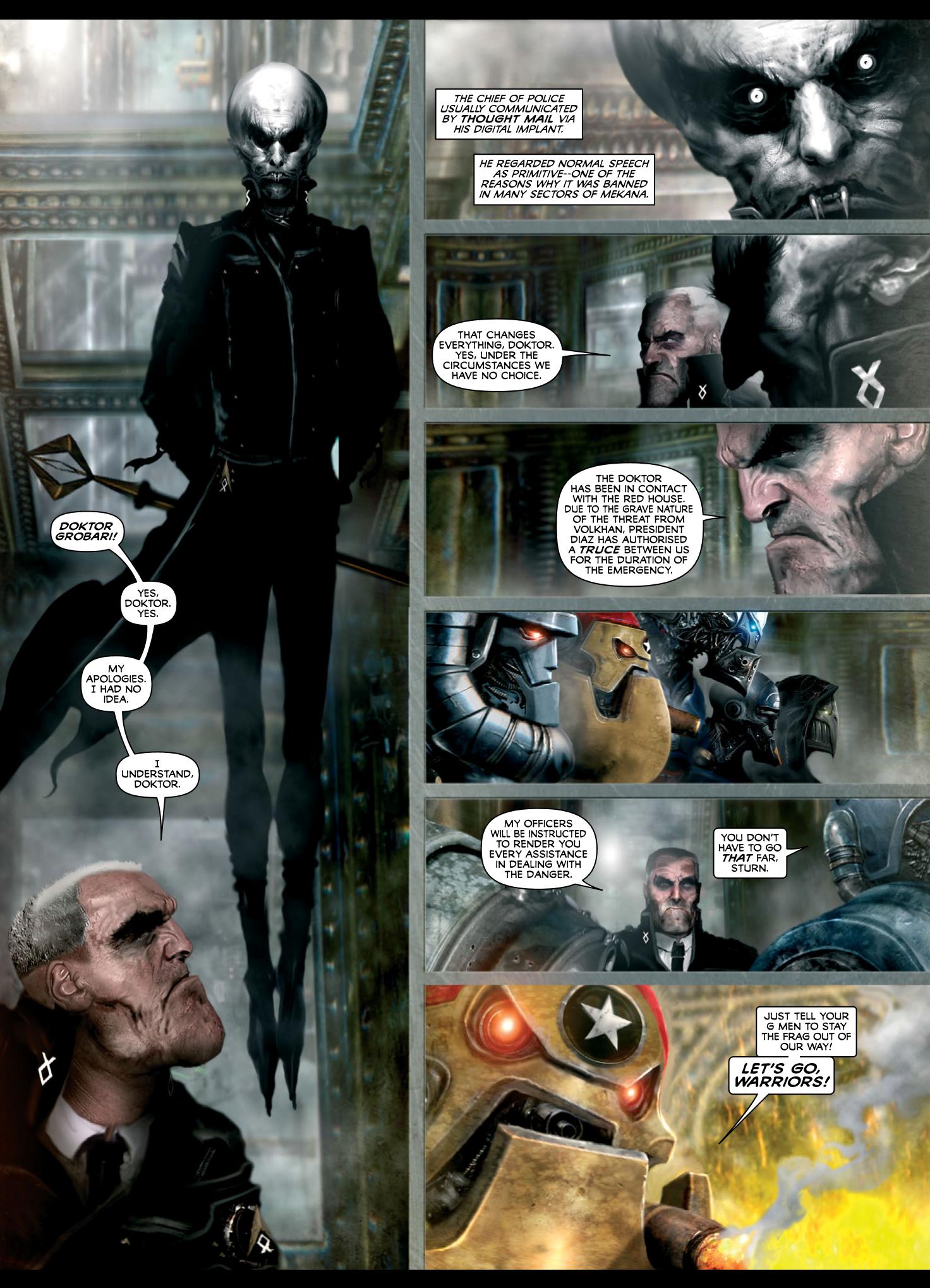 Until now the ABC Warriors have spent a considerable amount of time operating on Mars, intervening between opposing forces, but while Pat Mills’s scripts have incorporated creative ideas, he’s not previously laid out what life on Mars is like. This fourth Volgan War instalment drops that in amid the captions as the ABC Warriors negotiate with the authorities. Among other items, Mills explains why some of the technology used so far in the future is state of the art 21st century, but not yet obsolete. It’s a tidy piece of clarification, and also feeds into a very necessary later story element. As ever, there’s a clipped urgency and effective sloganeering about Mills’ dialogue.

After the events of Volume Three the ABC Warriors are two members down, and worse still, those two members have defected to rejoin an old threat from the Volgan War days, known to all and now loose on Mars. Mills sets up a scenario similar to that he used in The Shadow Warriors, where a group of lethal robots are able to target individual weaknesses in the ABC Warriors, but he runs that plot in a more sophisticated way, and finally involves Steelhorn, until these chapters almost a passenger among the group. That’s been deceptive plotting, and everything we need to know about the part Steelhorn plays in the finale has been introduced in passing over the previous books.

Artist Clint Langley tones down on the full process, incredibly detailed spreads this time, restricting them to just a few. It’s understandable that the sheer work involved in the previous collection couldn’t be repeated on a regular basis, and it’s not as if he’s on poor form, the art just relies less on spreads. The incredible detail is present, as robots are crushed and blown apart, portions flying off in all directions, and there is excitement on every page. Plenty of pin-up pages, and some sampled from the stories with the dialogue removed, are showcased after the story content.

At just over sixty story pages, this is a disappointingly short collection for a 2000AD product, and while originally serialised separately, a more satisfying book would have been combined with Volume Three. The story eventually disappoints also. Mills builds up to a widescreen finale and then delivers a skirmish rather than the full monty. Yes, he’s created a good set of foes for the ABC Warriors, and they’ll surely have an enjoyable return, but something a little more definitive should have concluded a four volume story. The next book is Return to Earth.