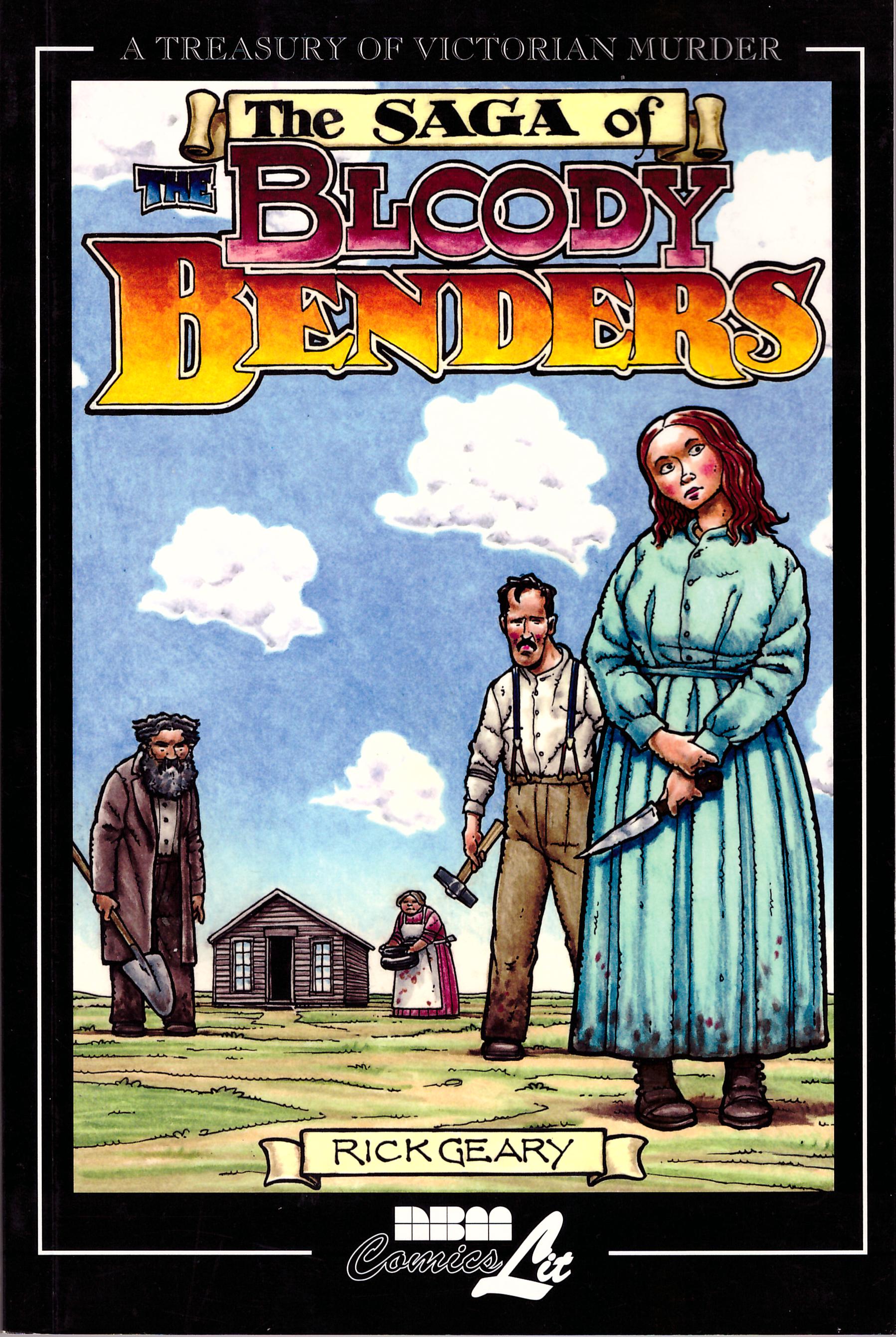 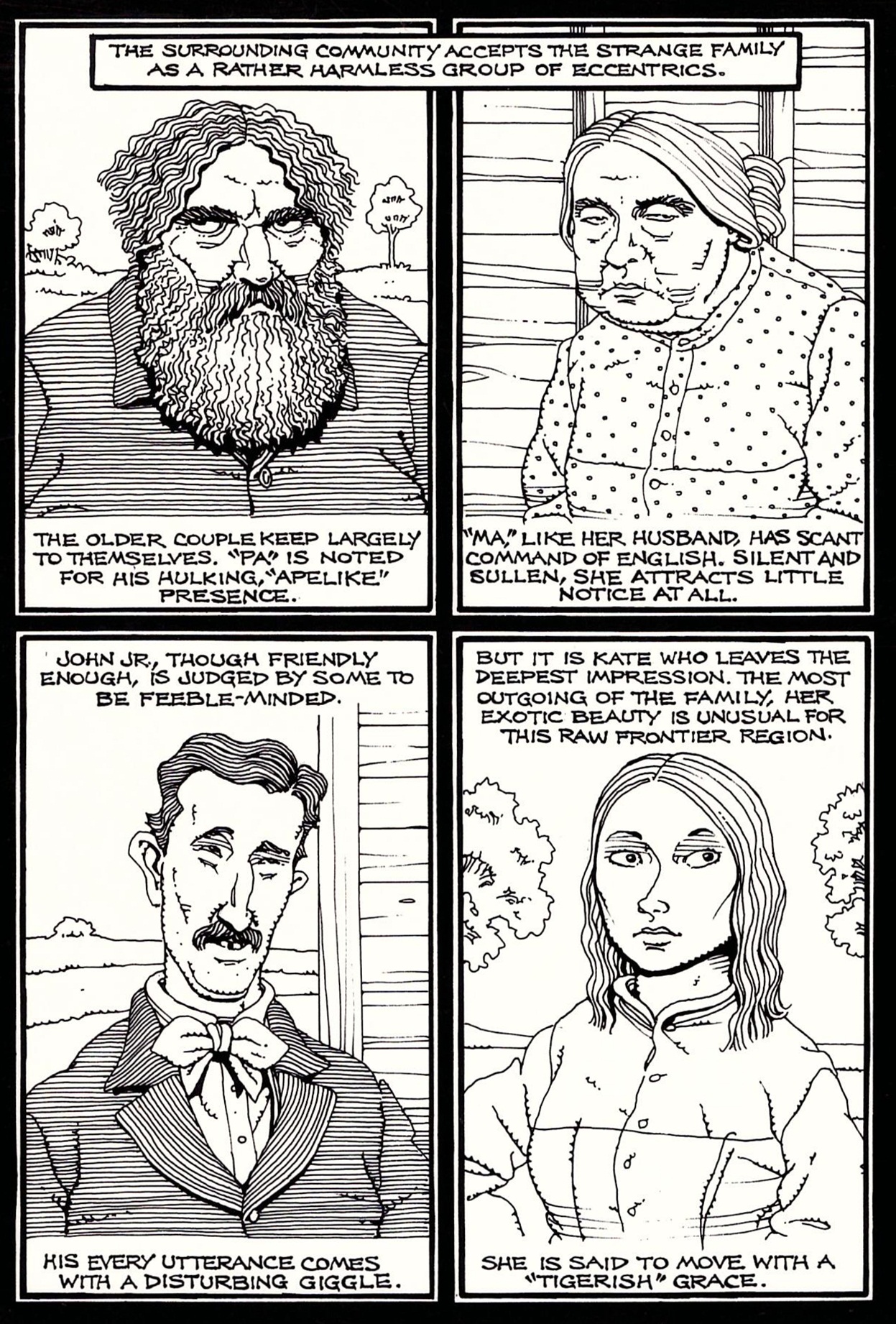 The Saga of the Bloody Benders marked the 20th anniversary of Rick Geary beginning work on his Treasury of Victorian Murder series, his ninth volume, and one featuring a cast that history hasn’t remembered as well as those spotlighted in earlier works.

From 1871 the Bender family operated an inn situated between two small towns in Kansas, a remote post that nonetheless provided rich pickings for a very old trade. The term ‘hospiticide’ has thankfully fallen into disuse, but once applied to innkeepers who murdered their guests to acquire their valuables. In a dangerous era when it was hardly uncommon for people to disappear, the sheer number who vanished in South-East Kansas eventually drew attention, and Geary’s extrapolation recounts how very gradually the circle of suspicion contracted to the Bender Inn.

With only descriptions to work from, Geary has a vivid gift for visual characterisation and his portrayal of the Bender family is memorable and evocative. Elsewhere Geary’s attention to detail is formidable, recounting, for instance, how the original poorly spelled grocery sign above their property reflected the non-English origins of the Bender family, a new version later supplied by the more fluent Kate. He diverts into the common practices of remote hostelries of the era, and fullsomely renders the few ornate items in an otherwise sparsely furnished location. This detail has as much to do with the limited information about the actual crimes at Geary’s disposal, but he’s fascinating with sometimes surprising historical material.

Unlike some other books in the series, The Saga of the Bloody Benders comes with no tidy resolution. While this could be seen as detrimental when weaving a story, Geary transforms this into a strength by relating the assorted speculations and dead ends. Some are fanciful, some ludicrous, but all are entertaining.

After so long at his trade a minimum high standard of accomplishment would be expected, but Geary exceeds this by far, and coupled with the relative obscurity of the criminals and the surrounding detail it’s one of the best books of an excellent series. It’s also available along with several other of Geary’s works in the second Treasury of Victorian Murder Compendium. 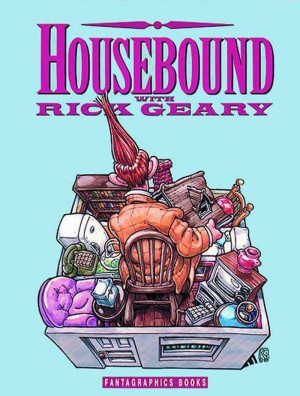 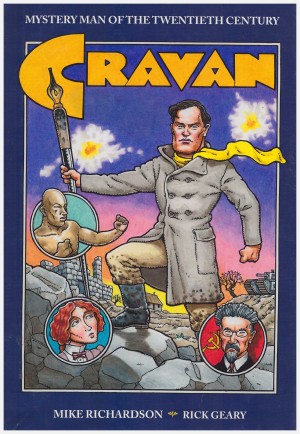 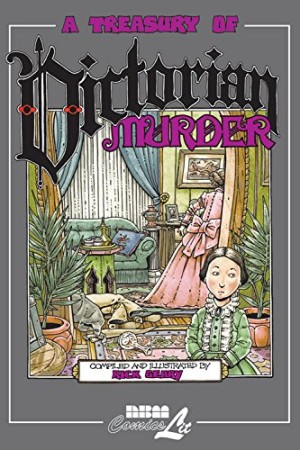