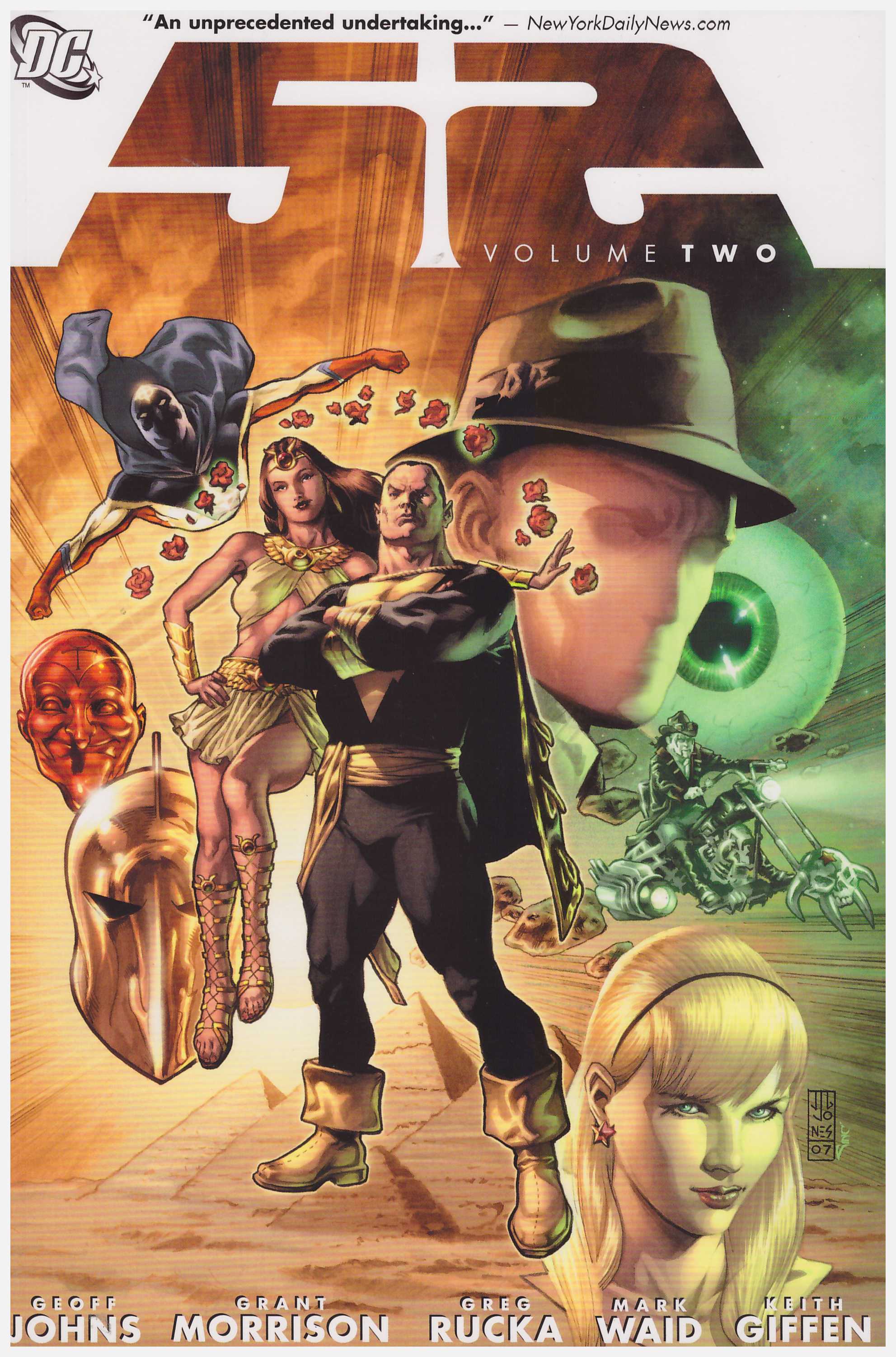 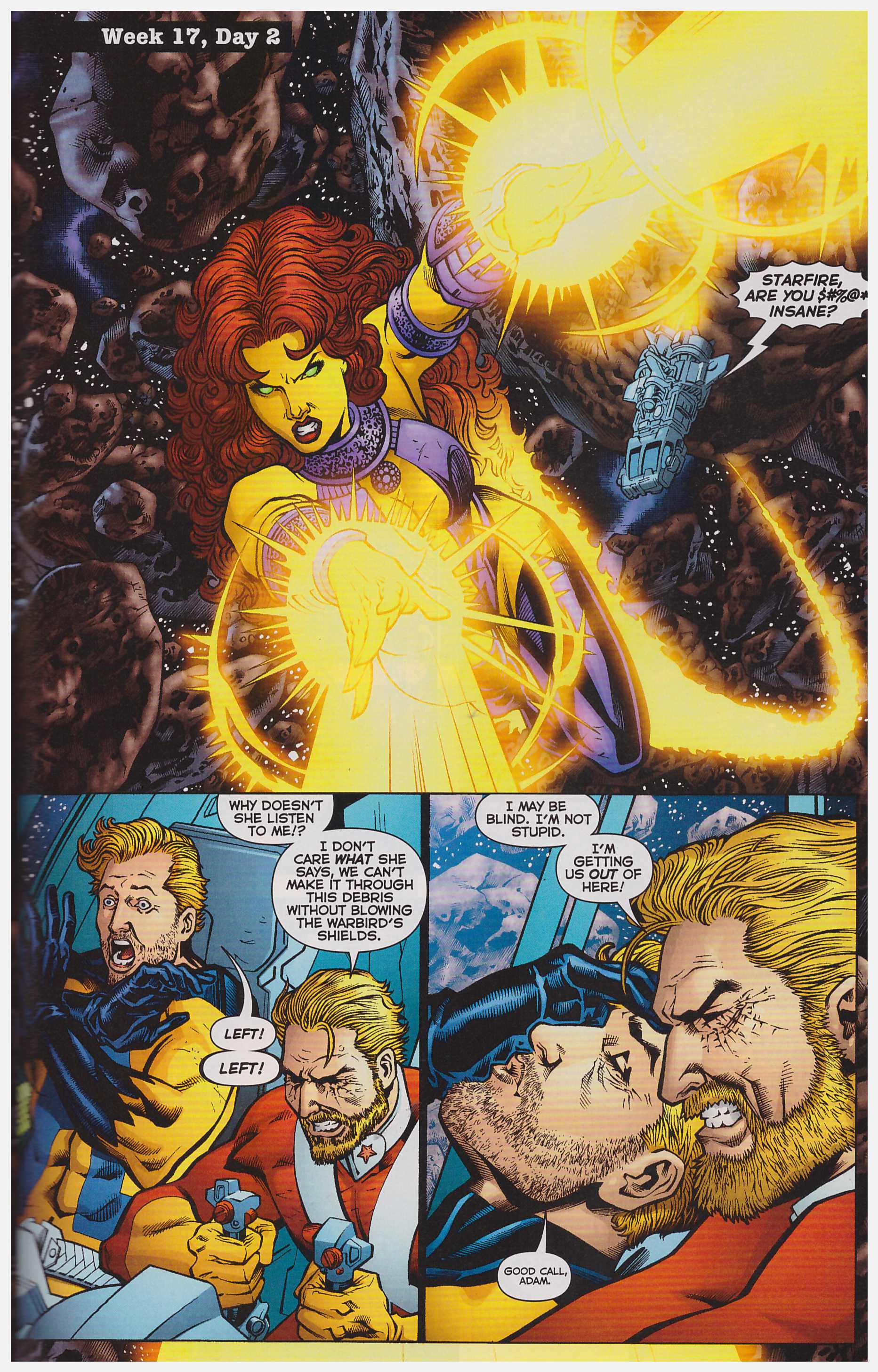 Second string heroes in the spotlight, new heroes introduced, and a promise of 52 chapters over 52 weeks spanning 2006-2007, that was the premise of 52, and the opening volume was ambitious and constantly engaging.

Teaming four writers resulted in TV style scripting with each leading on particular plot segments, but the others all pitching in. The plus was that another writer would come up with an idea for, say, Booster Gold, that Geoff Johns on his own wouldn’t have conceived. This occurs throughout the series, and credit is given via the editorial commentary. A downside is the times during this volume when the premise moves away from the constant switching between the main cast as longer segments are required for a plot to catch up.

This is particularly the case with Animal Man, Adam Strange and Starfire making their way back to Earth from a starting point billions of miles away. Yes, there’s a purpose, but to this point it doesn’t grab in the same fashion as the other plots, although Lobo discovering religion is an interesting idea. The science fiction here is primarily the work of Grant Morrison, while Johns handles the superhero plot, Mark Waid works with mysticism and Greg Rucka’s process with the Question and Renee Montoya began as detective work, and is moving into themes of power and transformation.

No-one ever loses sight either that a primary purpose of 52 is to fill in events during the absence of DC’s major superheroes, and the leeway permits involvement of characters no-one ever expected to see again. Despite the likes of Ambush Bug and Super Chief, though, this is accessible material, even at its most ridiculous. That would be with a plot involving the abduction of all mad scientists of the DC Earth, Morrison this time sparking on all cylinders, with a particularly audacious reintegration on the final page.

Artistic consistency is again provided by Keith Giffen supplying layouts and all the pencillers coming from roughly the same school of superhero dynamics. Joe Bennett is again the lead, but the additions of Phil Jiminez and Pat Olliffe are very welcome. It’s pointed out that Jiminez in particular revels in the opportunity, on one page designing a dozen new super powered characters required only for a couple of pages.

While not quite matching the opening book for sheer verve and entertainment, this is still very good, and the quality swings back up for volume three. Both are collected with the remaining two volumes in the oversize Omnibus hardcover.